0 shares
HAPPY BIRTHDAY to my Husband! 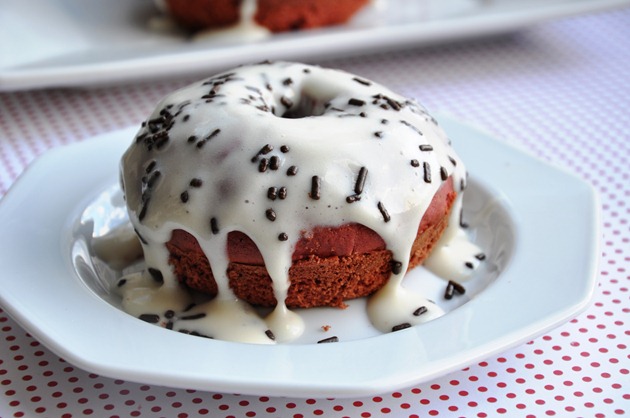 Today mark’s my husband’s ## birthday.  He’s one of those who doesn’t make a big deal about his birthday, and I’m the exact opposite which means, STOP everything you are doing and make it all about I. 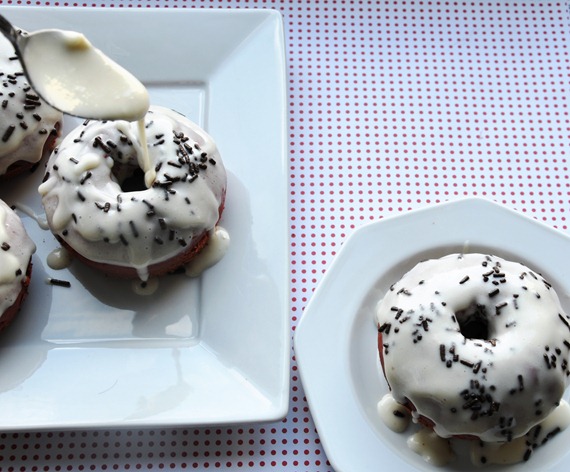 Each year I try to think of ways to make my husband’s birthday special and each year he declines my suggestions and tells me not to make a big deal about it.  I only have one word to say to him – WHATEVER! 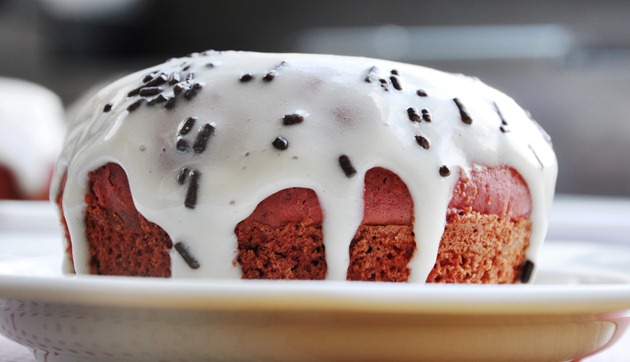 His ideal birthday means no desserts from outside, no dining outside because we’ve been pigging out for the last 2 weeks, no gifts, and only homemade food for dinner. 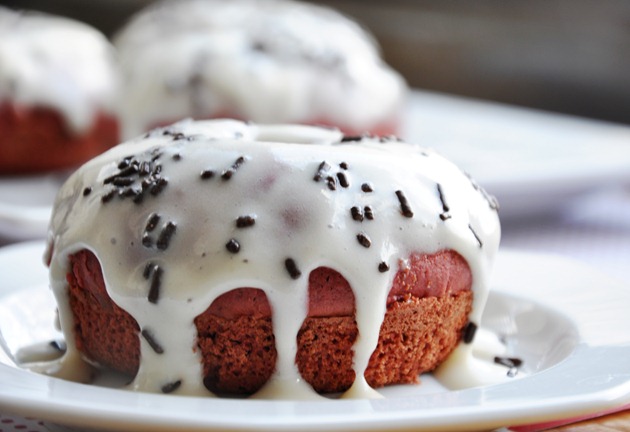 Can you believe it?  Seriously, if you knew me, you’d know I’m the exact opposite of him which translates to… dessert from New York City, dinner at a romantic restaurant, lots of gifts, and no homemade food! 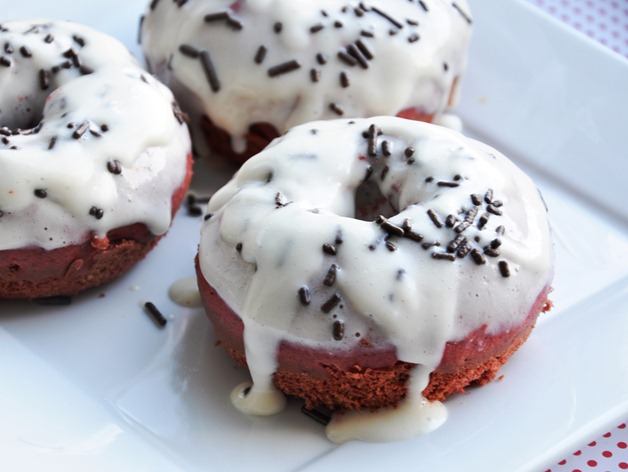 So this year, I made it about him and partly complied. 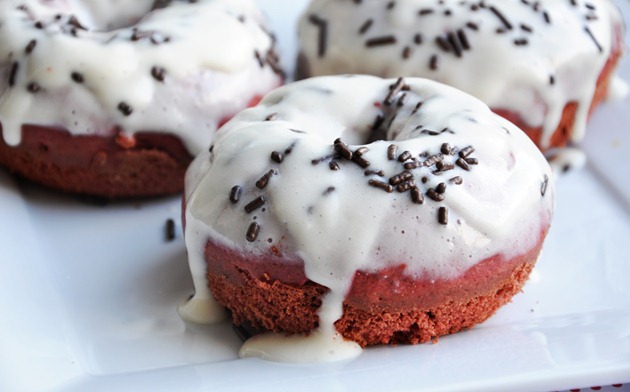 This means I baked doughnuts at home, we agreed that dinner at a restaurant will be over the weekend, gifts – well, I can’t NOT give him gifts on his birthday, that’s the best part and I totally ignore his thoughts on this one.  And dinner tonight will be homemade food. 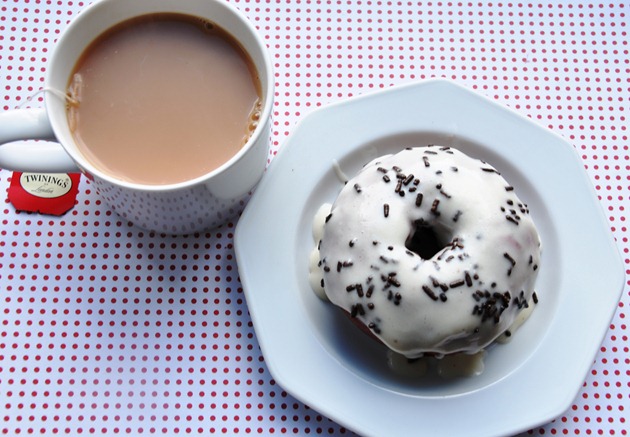 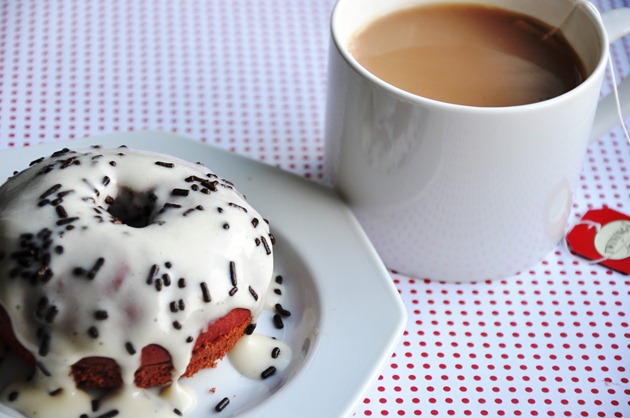 Happy Birthday VS!  Here is to wishing you a lifetime full of happiness and hope you have a great day back at work.  Hopefully you’ll like what I have planned.  Love, me.

And now let’s talk Baked Red Velvet Doughnuts.  I found this recipe on one of my favorite food sites – How Sweet Eats by Jessica.  The original recipe is from Wilton. 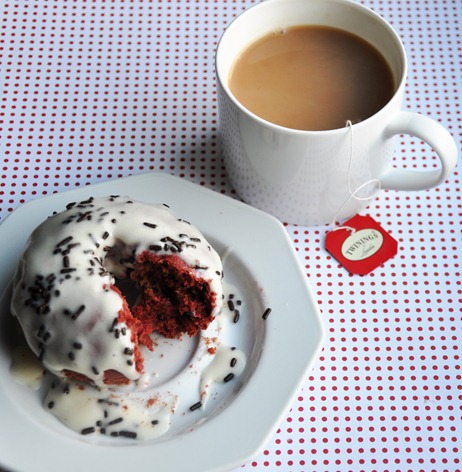 As you know I’m a huge fan of Red Velvet anything, and I recently made this decadent Red Velvet Cake over Christmas which incorporated oil in the recipe.  This version of Red Velvet Doughnuts uses butter which I feel results in a dryer cake and not as moist – especially when it comes to red velvet.  More on the review below, but overall these doughnuts turned out A-OK.  Enjoy! 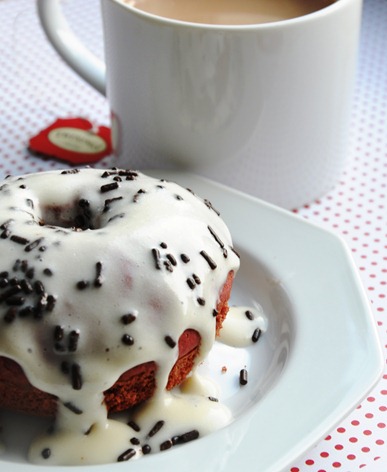 NUTRITION: There is no nutrition in this recipe.

APPROXIMATE NUTRITION PER SERVING (makes 6 big doughnuts)
*you can also make 12 smaller doughnuts and cut the nutrition in half.

INGREDIENTS:
*you can use Cake Flour instead of using a combination of All-Purpose Flour & Cornstarch. 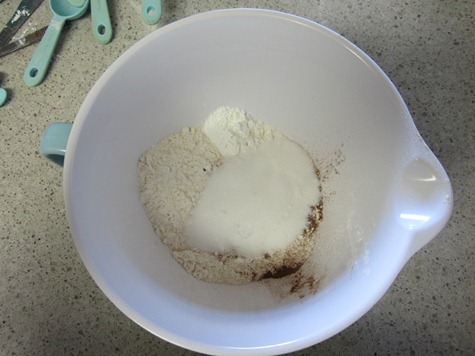 4. Add the egg and buttermilk.  Combine. 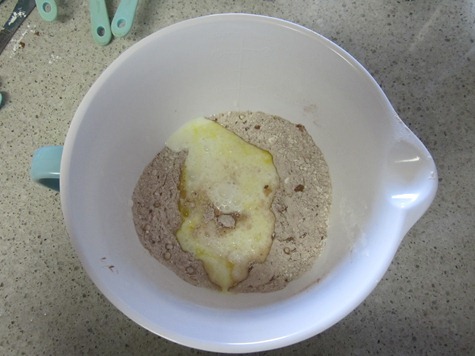 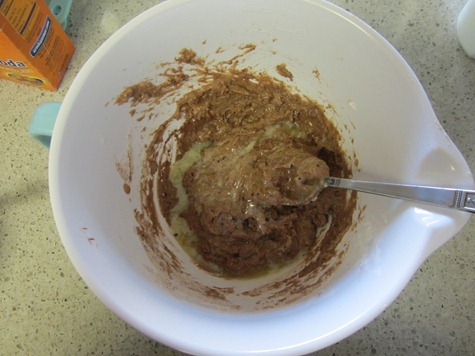 6. In a small bowl, add the vinegar and baking soda.  You’ll observe a reaction.  Add the vanilla extract. 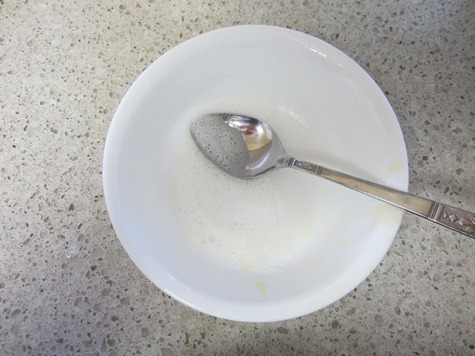 7. Add the contents of the small bowl to the batter.  Mix. 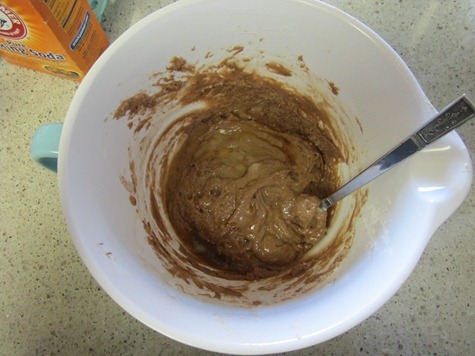 8. Add the red food color and mix – do not overmix. 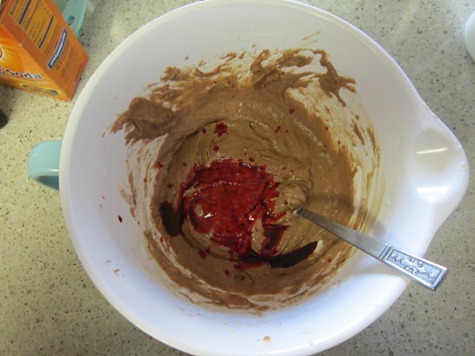 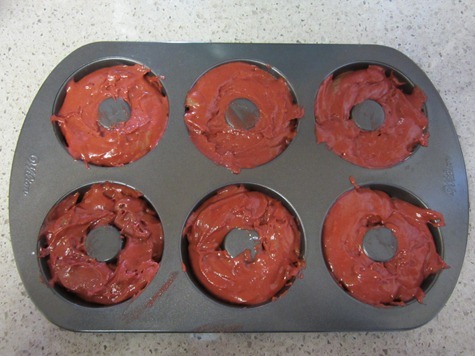 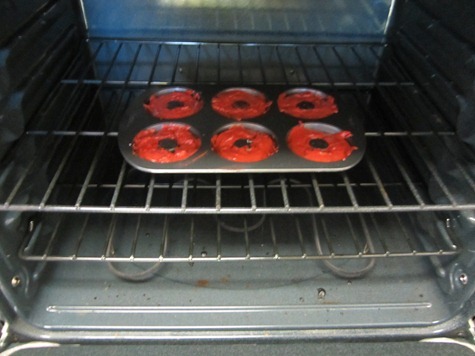 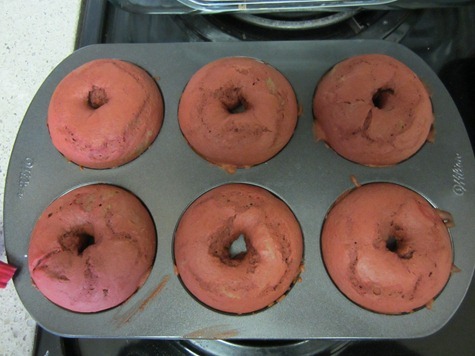 DIRECTIONS:
1. Dip each doughnut into the cream cheese glaze for a few seconds.  Set aside on a flat plate. 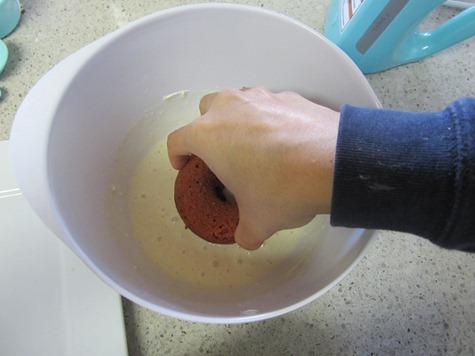 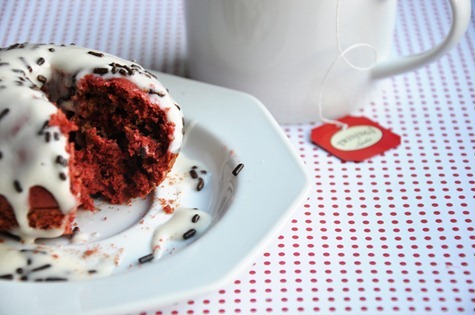 OVERALL RATING: 4 / 5
Overall, I found these Baked Red Velvet Doughnuts to be slightly dryer.  The doughnut wasn’t as moist as I had hoped, and as I mentioned above I prefer anything red velvet made with oil over butter.  In addition, I thought there was way too much cocoa powder incorporated in this recipe, and instead there should only have been a hint of cocoa.

Furthermore, these donuts were huge.  I probably need to invest in another donut pan so they are just the right size, or simply just have the donut portion of the recipe.

I’ll have to re-work this recipe and come up with one that suits my palette.  Having said that, these doughnuts are definitely good, but they need to enjoyed when warm.  They don’t taste as great after 4 hours or more.  The cream cheese glaze is what makes these doughnuts sweet, creamy, and indulgent..

TELL ME: Have you ever baked doughnuts in the past?  If so, share some of your recipes.