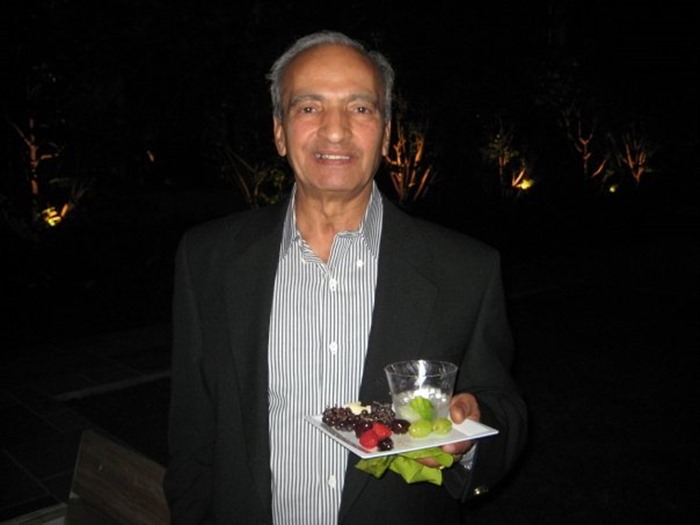 My dad passed away peacefully in his sleep almost 4 weeks ago in Ocean City, NJ, in the midst of his family.  He was a positive person, a hard-working man, a risk taker.  He faced a lot of challenges in life, but always came out ahead due to sheer grit.  He was a disciplinarian, a strong advocate of a good education.  Anything short of hard work and success was unacceptable when it came to his four children.  As we matured into adults, he guided us in navigating our lives and families. His command of the Hindu holy book, the Bhagavad Gita, served him very well in his life - every chance he got, he passed its wisdom on to us.

As for my mom, well what can I say, my dad was always super hot for her, from day one.  They bickered a lot... in front of the kids, grandkids, relatives, family friends, oh even my own friends, but it was always about one thing - food!  My dad's desire to indulge in everything sweet, tasty and buttery, and my mom constantly reminding, begging, and yelling at him to refrain, for sake of his health. Despite the fighting, my dad loved my mom dearly, he never denied her anything.  According to him the key to their successful 51 year old marriage was to let her win their silly fights. 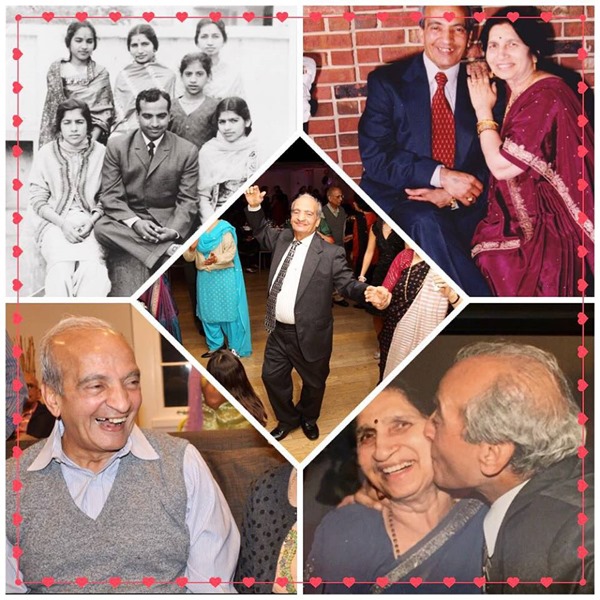 As my brother delivered his eulogy on that somber day did it dawn on me how alike my dad and I were.  My brother described him as someone who had a great sense of humor, always had a ready smile, enjoyed life, loved to dance, loved to travel, loved food, especially desserts.  Yup, all of these traits would pretty much sum me up in a nutshell.  It's amazing how we turn out more and more like our parents with time... I just didn't realize it till I sat there at the funeral.

I'm so thankful my dad enjoyed his last evening in Ocean City with our entire family.  His dinner included a veggie burger with tons of ketchup and a glass of white wine.  He later indulged in Kohr's Peanut Butter Chocolate Ice-Cream on the Boardwalk and then watched "We're the Millers" with his grandkids until 1 am.  He then went to bed and never woke up.  The only silver lining in his passing is he didn't feel any pain.  It saddens me that he retired only 7 short weeks before he passed away, I wish he had lived a few more years to enjoy his retirement. 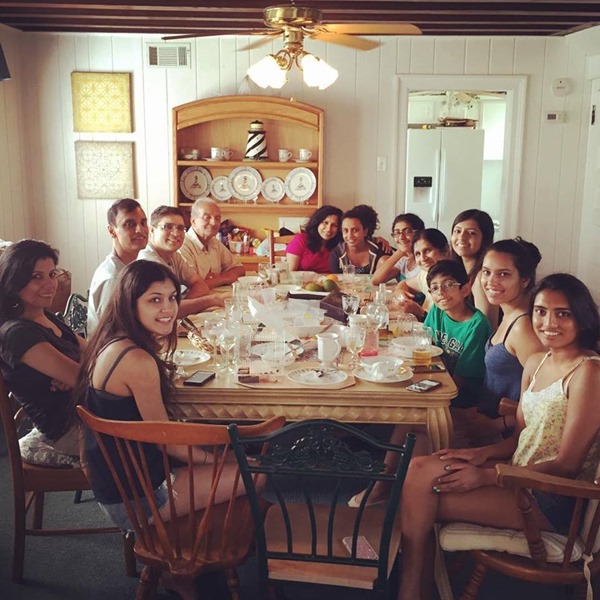 This was the last picture of my dad with the family in Ocean City, NJ.


Lastly, my dad loved his 7 grandkids very much.  They saw the funny, softer side of him.  I will leave you with this beautiful eulogy his grandkids put together for him.  I am proud of my nieces and nephew for relaying it impeccably at the funeral.

GRANDPA
As young children,
What do we call our grandfather?
Nanaji or Dadaji?
It really didn't matter.

Called by any name,
He didn't really care.
His heart was full of love,
And for everyone a prayer.

He didn't need a smoke or drink,
To put him in a good mood.
However he could never resist,
The sight of ANY food.

With Naniji unable to hear,
And Nanaji's voice faint and uneven.
With many lapses in communication,
Theirs was a marriage made in heaven.

It was mostly a loving union,
With his beloved wife, Savitri.
Except when she stopped him,
From raiding the kitchen pantry.

Your absence saddens us,
Everyone agrees.
Our lives will forever be enriched,
By your sweet memories.

He sold his tool store – T&T.
He ate and napped as his retirement days went by.
You could always catch him doing yoga - his favorite hobby,
When I started to practice, we had dreams to one day teach in Abu Dhabi.
He would try to be a muscle man lifting his 5 lb. weights,
Although after his workout he would vacuum up his whole food plate.
Donuts, samosas, ladoos, hummus he would eat anything in sight,
Then Nani would come yelling “kya kar rahe ho” with all of her might.

College applications are stressful for all,
but Dadaji’s support made it seem like a ball.
His desire for my future was clearer than the rest:
“East or west, Rutgers is best!”
Although I went far with six hours apart,
He gave me endless support, and said I was smart.
Though his lectures were long and I often fell asleep,
In my heart are his loving words I will always keep.

His humor is something that we won’t forget,
He was the funniest person I have ever met.
When a bird pooped on me and fled,
His response was, “did someone shit on your head?”
After he said that i went to shower,
But not before laughing for an hour.
With the never-ending jokes he would crack,
He would never fail make us laugh.

His laughs and smiles could light up a room,
That's why Dadi decided to make him her groom.
Even when Dadi yelled he was never upset,
He was the happiest person we’ve ever met.
He could take any sad or scary situation,
And make it into a happy occasion.
I will always be his number one fan,
He was a jolly and cheerful, plump old man.

Along with his humor he always gave affection,
With everyone whom he had a connection.
Giving massages was a form in which he gave compassion,
And our get-togethers always ended in this fashion.
His massages were given by his magical hands,
He was able to fix every pain on demand.
Although his teeth were rotten,
His smile, love, and warmth will never be forgotten.

His curiosity never ceased to amaze,
Whether he was learning about rocks or wars or the formation of bays.
Science was definitely his favorite subject to learn about,
I can say this without a doubt.
Although it was annoying to pause and explain my homework to him,
It was well worth it when I saw his excited grin.
His motivation to learn was one to admire,
I hope that my will to learn like him will never expire.

Keri Mary, rubbish, Nikra, and mischief were some of the many nicknames he gave,
Though he was sure to use our full names when we misbehaved.
They were all given out of his love for his grandchildren,
And half the time he would partake in our shenanigans.
His prime TV time was watching “Choti Bahu” on Tuesdays at eight,
For this important event he wouldn’t dare be late.
He would comment on Facebook photos saying “looking very pretty”,
Nanaji was a man who was very witty.

Hummus and cream cheese were his favorite spreads,
White, wheat and Nani’s paranthas were his top three breads.
He claimed he was vegetarian, but unknowingly loved meat,
He was always up for any kind of treat.
If there was food on the table he had to take a bite,
Watching him create his concoctions was quite a sight.
Ice cream was his favorite form of dairy,
After all, his motto was:
EAT DRINK AND BE MERRY!

A Personal Thank You
A personal thank you to my entire family and our family friends for showing us so much love and support during this difficult time, especially towards my mom.  Thank you for showing up, lending an ear, staying over, dropping off so much food - it helped us out tremendously.

And a special thank you to my close friends for just being there.  Near or far, my friends have shown their support just by showing up at my door, calling me, and checking in via texts.  Some just cried with me, some called to see if I’ve eaten, and others offered to drop off food.  At the end of the day just having someone to talk to while sipping a cup of tea is all I needed to feel better.  You guys have taken so much time out of your personal life for me and I promise to return the favor in your time of need.  From the bottom of my heart, I thank each and every one of you!!!

RIP, Papa!  We love you and will miss you dearly!!!