I know what you’re thinking, what in the world is Mexican Pizza Enchilada?  I’ll explain my creation to you which is quite obvious, actually. 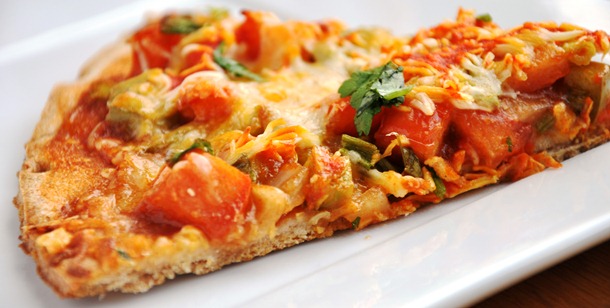 After all the wonderful feedback I received on my Mexican Tortilla Pizza, here, I decided to work on a slightly different Mexican Pizza recipe with the use of enchilada sauce.

As you would expect on a Veggie Lover's pizza, I topped off my pizza with veggies and cheese. 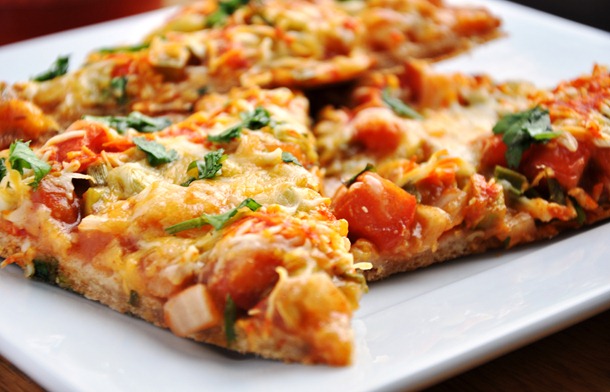 I took the recipe one notch further by adding some Frank’s Red Hot Sauce – my most favorite bottled ingredient – YUM! 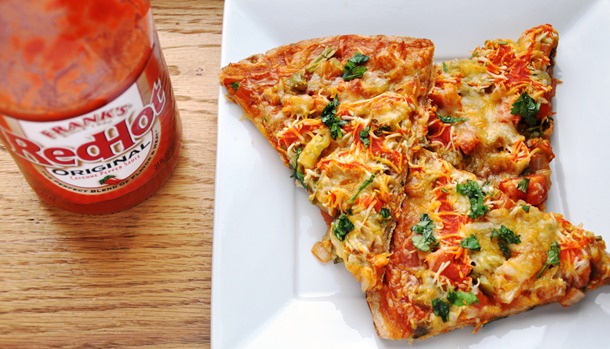 I finished off the pizza with fresh cilantro.  The end verdict is nothing but deliciousness.

DIRECTIONS:
1. Preheat oven to 425 degrees.  Start with your veggies… here is what you’ll need. 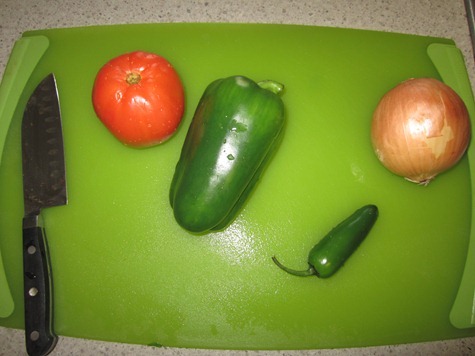 2. Chop all the veggies. 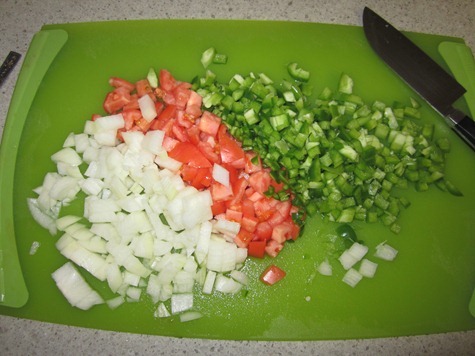 3. Add the veggies to a mixing bowl.  Top with taco seasoning.  Combine and set aside. 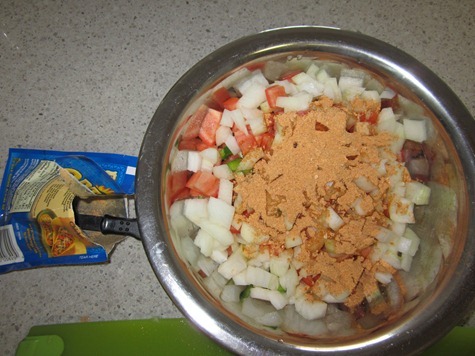 4. Chop the scallions and set aside. 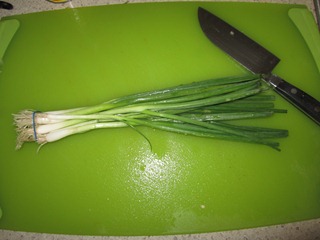 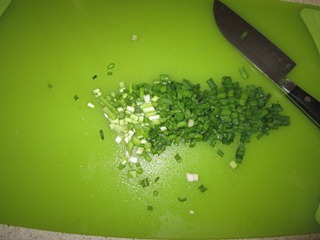 5. Here is the pizza crust brand I used.  Top with olive oil. 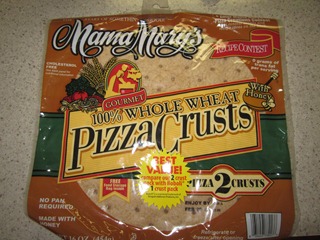 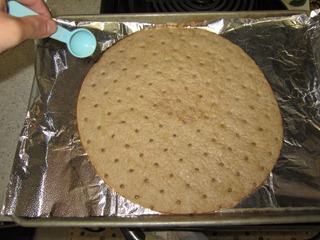 6. Open up your can of enchilada sauce. 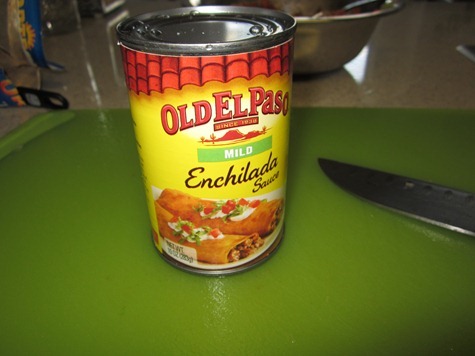 7. Assemble the pizza.  Add a few spoons of enchilada sauce, just enough, you don’t want too much sauce either. 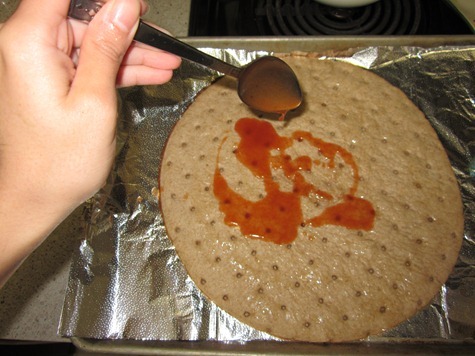 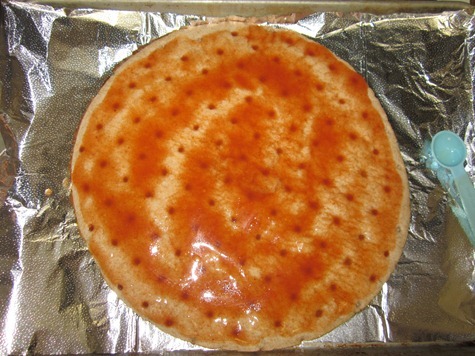 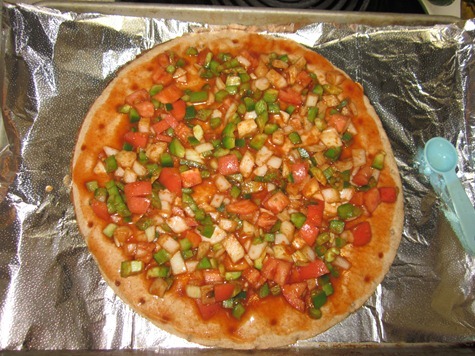 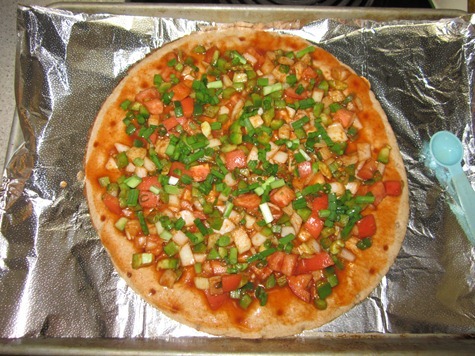 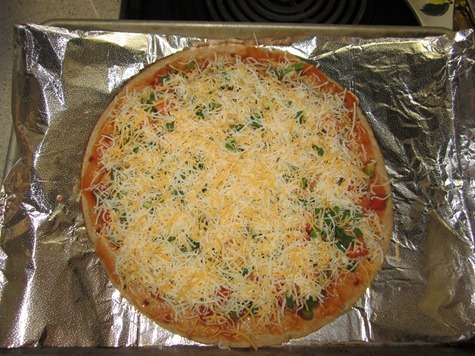 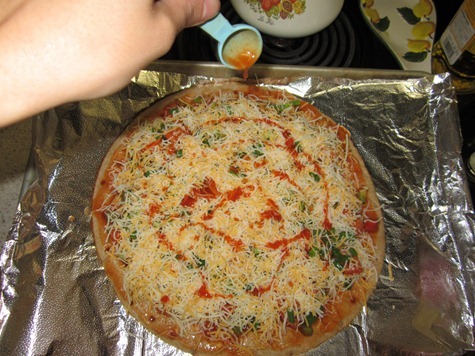 13. Into the oven for 15 minutes until the cheese is a slightly golden-brown. 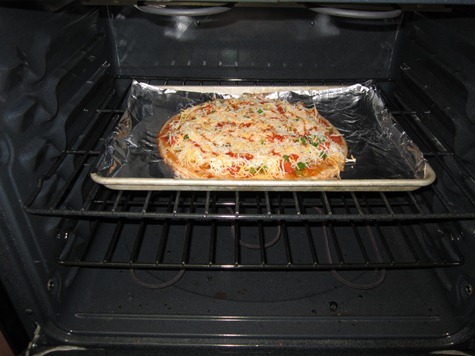 14. In the meantime, chop the cilantro. 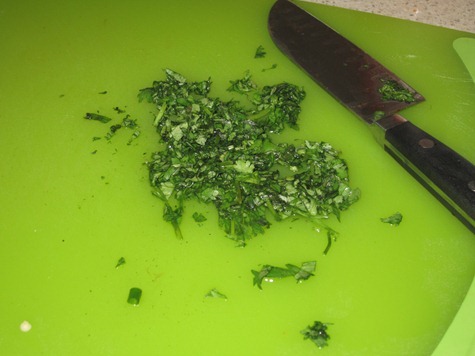 15. Check on the pizza, perfectly golden-brown. 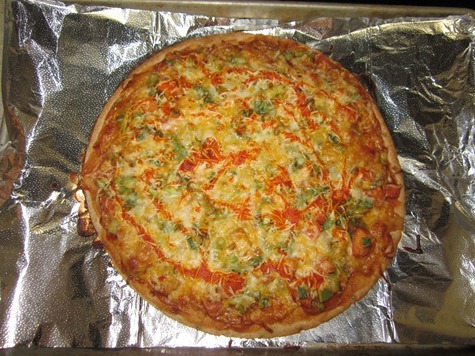 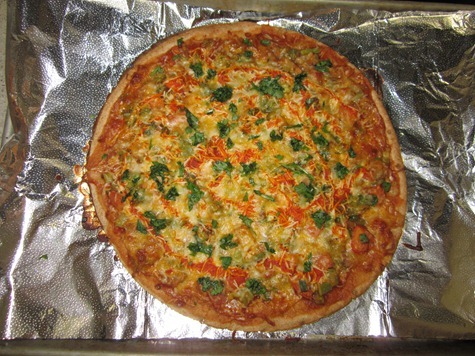 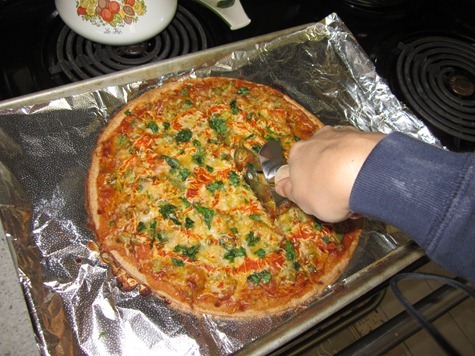 18. Go ahead and make the other pie at this time or you can assemble and freeze for later.  I made mine right away and enjoyed more pizza the next day. 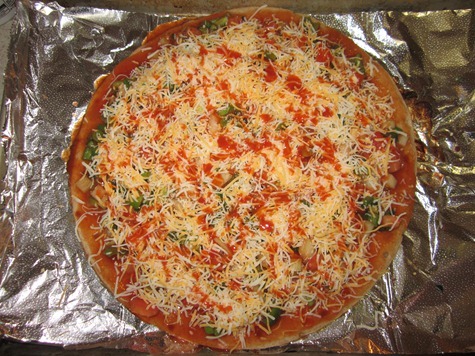 TELL ME: What your favorite topping on a Mexican Pizza?