During this past holiday season, I hosted a Holiday Brunch for three of my closest girlfriends. 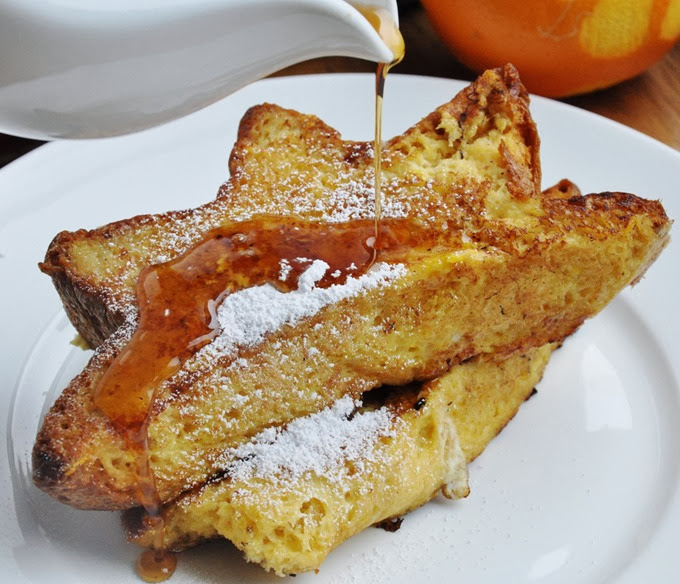 I wanted to keep it simple and make something ahead of time, something that would stay warm in the oven until my guests arrived so I didn’t have to “actually cook” when they came. 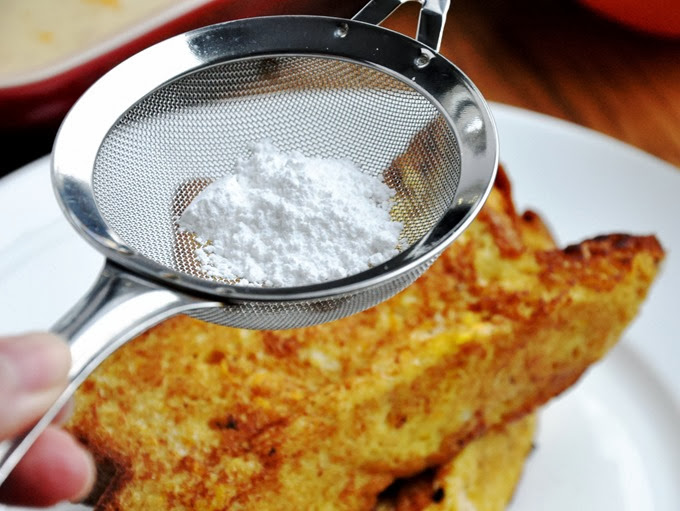 French Toast worked out pretty well especially since everyone showed up at different times.  Sigh.

And since it was the holiday season, I decided to use an Italian bread instead of the usual brioche or challah. 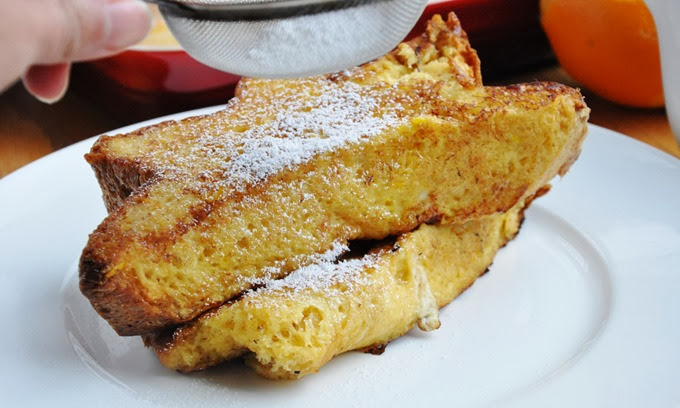 For my Brunch, I opted for Pandoro Bread which is slightly sweet, light, and airy, but you can easily substitute Panetonne Bread with candied orange, just as delicious. 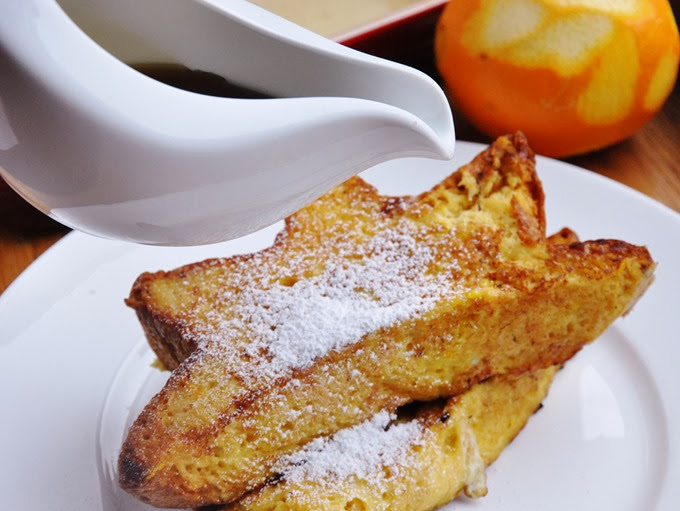 My inspiration for this recipe comes to you from the ever so gorgeous Giada De Laurentis, however I made a few adjustments to tone down the fat… I used 1 less egg, I used half and half instead of heavy whipping cream, I used 2% Reduced-Fat Milk instead of Whole Milk, I used less sugar, and I skipped the Mascarpone Cheese altogether. 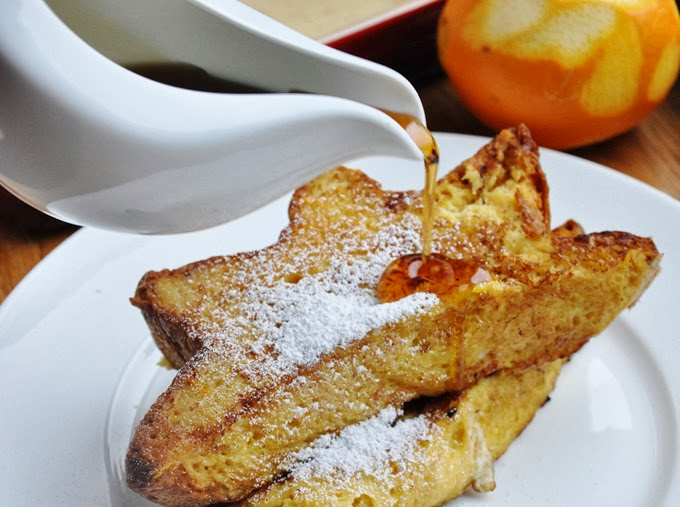 I also added some orange zest, vanilla, and ground cinnamon to further enhance the flavors of this scrumptious French Toast. 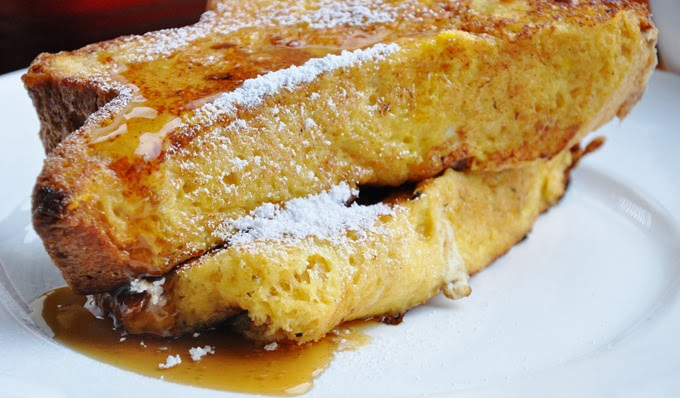 This Pandoro French Toast turned out phenomenal, and my friends would most definitely agree. 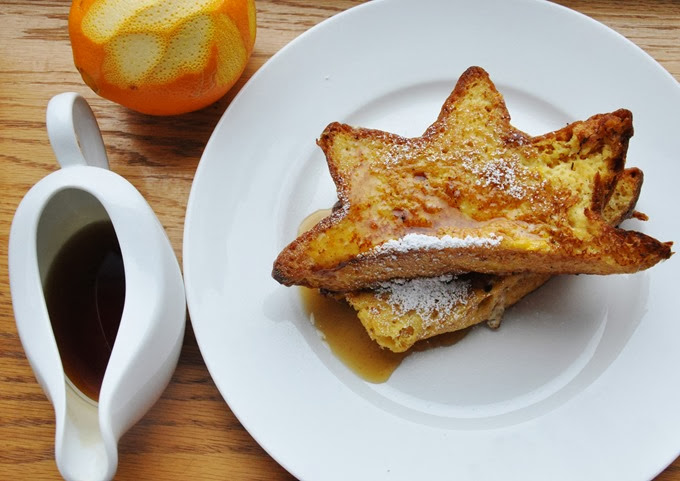 Perfect for Sunday Brunch, but since we are in the New Year, this recipe will be one of the last “unhealthy” recipes I will post for a while.  Enjoy! 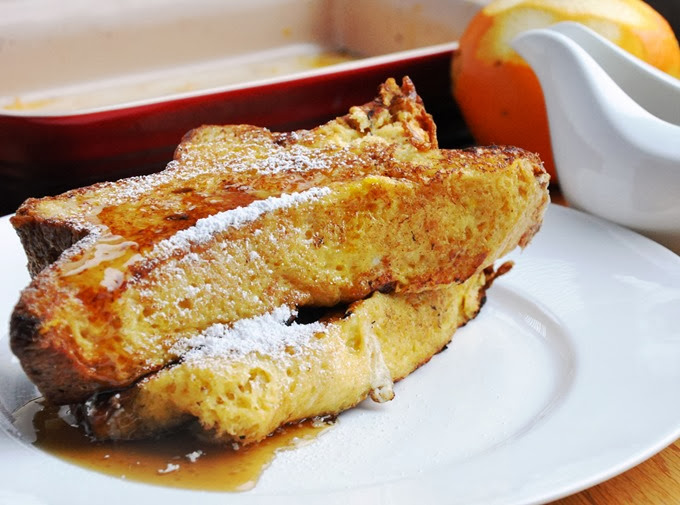 NUTRITION: Eggs are a very good source of Vitamin B2, and are a good source Protein and Vitamin D, although the yolks do contain a lot of cholesterol, the yolk also contains tons of nutrients that are good for you.  Milk is an excellent source of Protein and Calcium.  Maple Syrup is a much healthier alternative to sugar since a little bit goes a long way.
* for a healthier alternative, substitute 2% Reduced-Fat Milk for half and half, use 100% whole wheat bread instead of Pandoro Bread, but then it won't be as yummy.

DIRECTIONS:
1. Start by cracking 5 eggs into a rectangular baking tray so you can easily dip the bread. 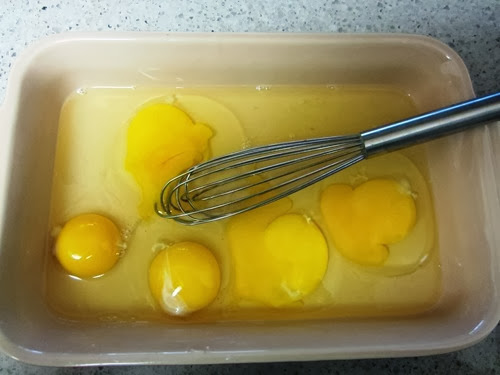 2. Add half and half, milk, brown sugar in the raw, vanilla, orange zest, and ground cinnamon. 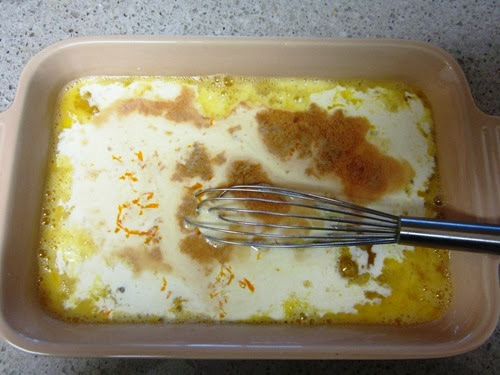 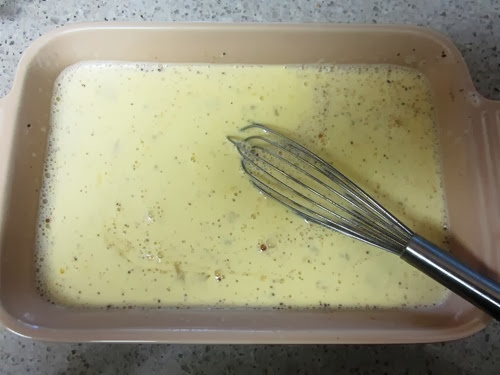 4. Next, get your Pandoro bread, again, Panetonne would work beautifully too.  Both breads can be found at any major grocery store during and after the holidays. 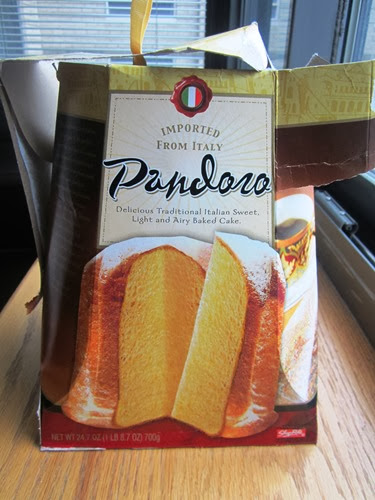 5. Slice the bread horizontally into ¾ inch slices.  Certain slices will be large, so you can slice those in half.  You want 8 pieces of bread total. 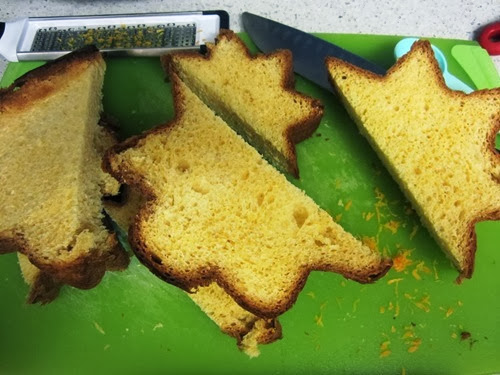 6. Heat up a cast-iron skillet on low-medium heat (dial #4), once hot, add a teaspoon of butter. 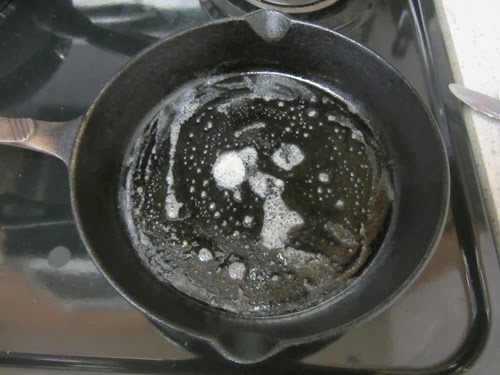 7. Dip 2 slices of bread into the batter, about 3 seconds on each side. 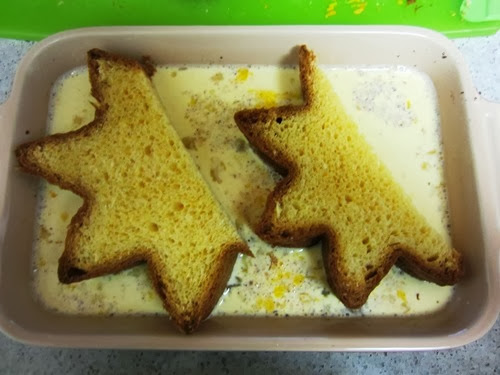 8. Add both slices of bread to the skillet. 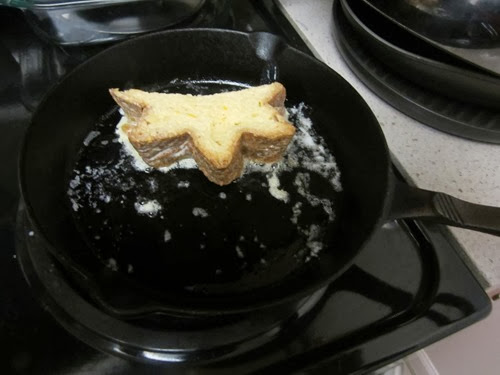 9. Cook for about 3 – 4 minutes on each side until golden brown. 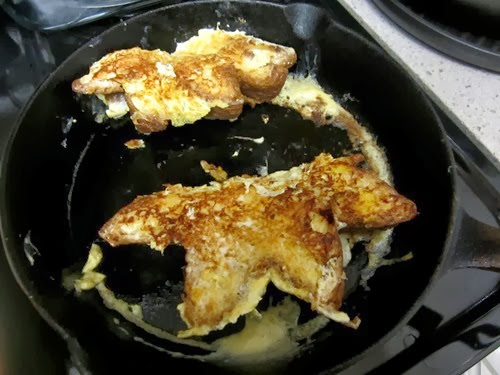 10. Once done, serve immediately, or set aside on a baking tray. 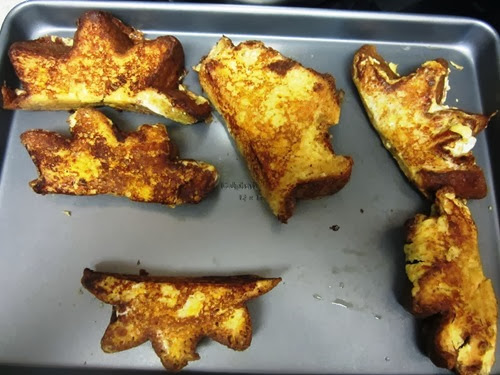 11. I cooked my French Toast ahead of time and then placed them in a 250 degree oven so they stayed warm until my guests arrived.  Works really well. 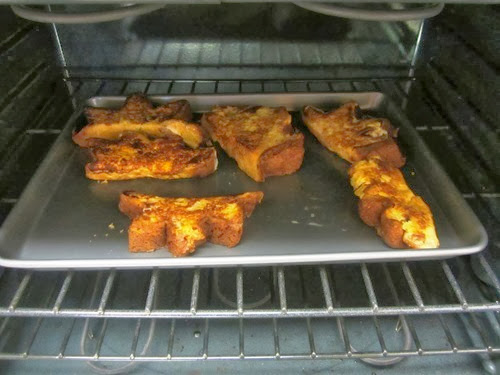 12. Once you are ready to serve, sprinkle powdered sugar and drizzle a little maple syrup.  BEST FRENCH TOAST, EVER! 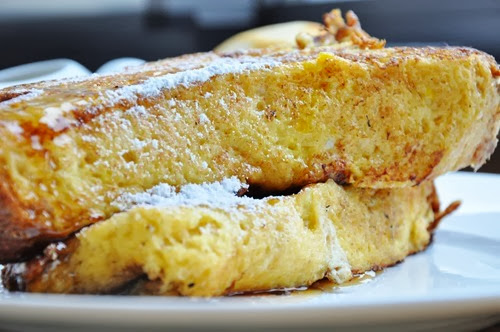 TELL ME: Do you ever host brunch?  If so, what is your go to recipe that gives you a chance to hang out with your friends instead of cooking?