No this isn’t your imagination, this really is a Red Velvet Cheesecake Brownie! 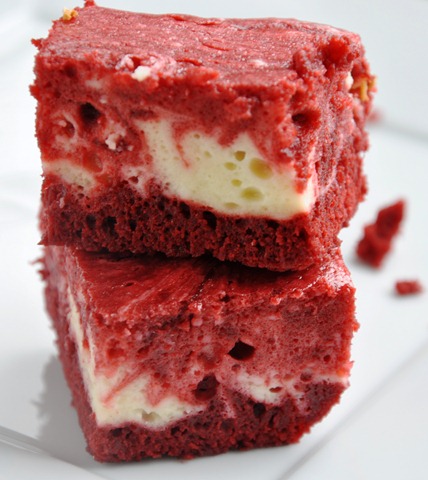 But first, hope you guys had a great weekend.  This weekend was extremely hot in the Greater New York City region, so I basically slept, ate, slept some more, and watched movies with my hubby.
One of them was “Just Go With It” – Jennifer Aniston and Adam Sandler, it was good, but definitely an On Demand kinda movie. Sunday when the temperatures slightly cooled down, my husband and I headed over to my sister’s to visit my nieces (SSS) with some Red Velvet Brownies. 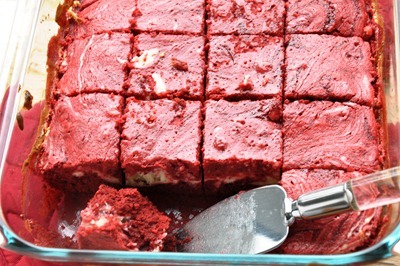 I’ve been wanting to bake Red Velvet Brownies for the longest time and couldn’t decide between a few recipes I found, eventually I just baked Sunny Anderson’s Red Velvet Swirl Brownies.  Review all the way down! 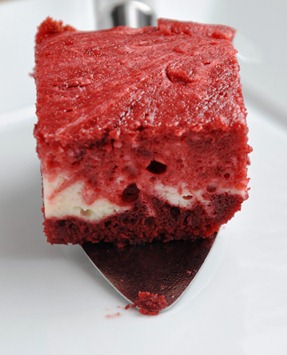 At my sister’s we enjoyed a Mexican Fiesta for lunch. 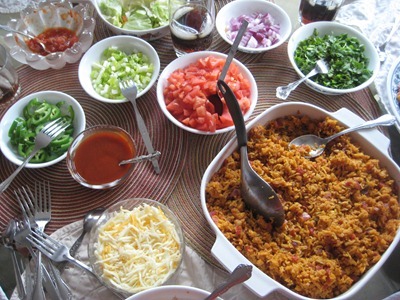 She really is such an amazing cook – look at all the food she prepared. 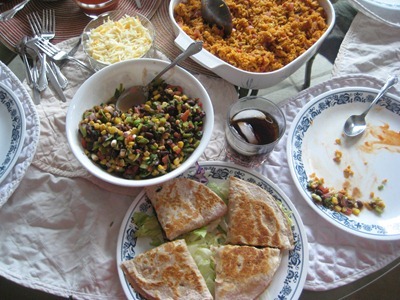 Once the sun began to set we headed for a walk.  It’s crazy that for the longest time I had no idea there was a river running near my sister’s home.  It was humid, yet a soothing walk. 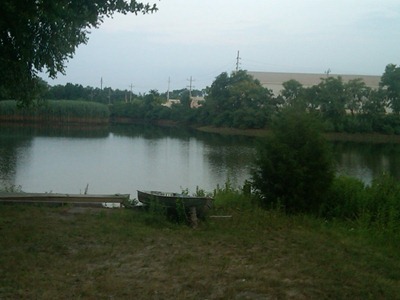 After a long walk we enjoyed some Haagen-Daaz’ Chocolate Peanut Butter Ice Cream… we all just took a couple bites from this teeny serving.  It was good, but not amazing. 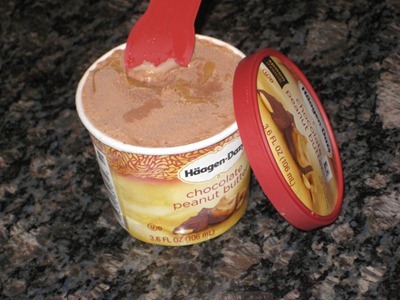 Thanks to my sister and nieces for making our visit so enjoyable.  And now here are those Red Velvet Swirl Cheesecake Brownies. 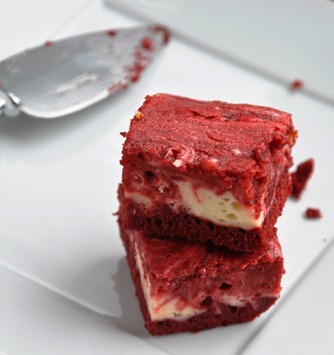 NUTRITION: Cocoa Powder is an excellent source of antioxidants.  Other than that, there is barely any nutrition in these brownies.

DIRECTIONS for Brownie Layer:
1. Preheat the oven to 350 degrees and grease a baking tray. 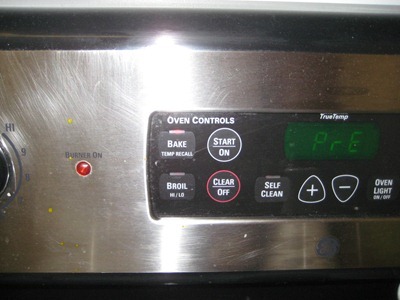 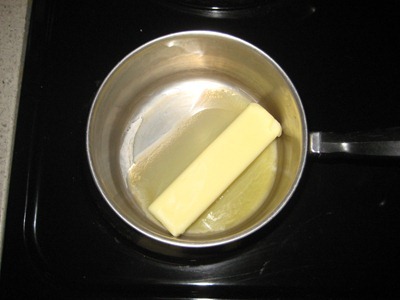 3. Once melted, add it to a mixing bowl. 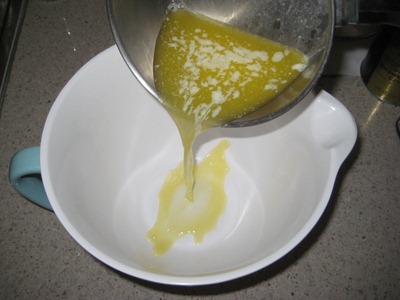 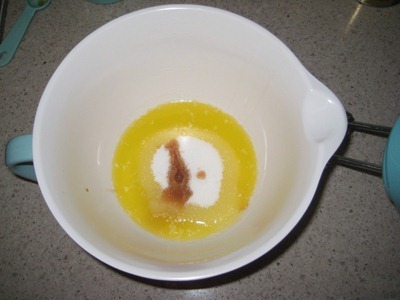 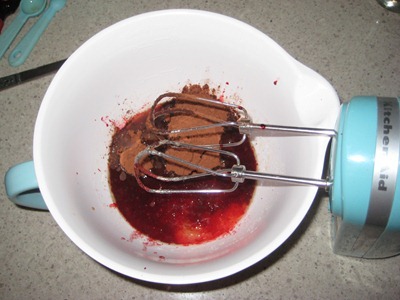 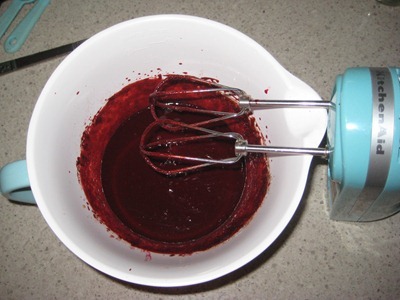 7. Add the blended eggs and combine until well incorporated. 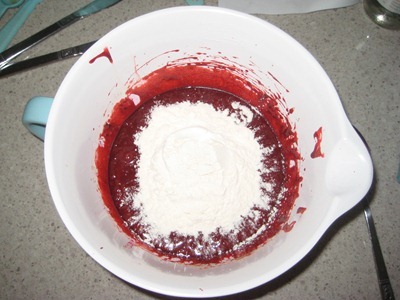 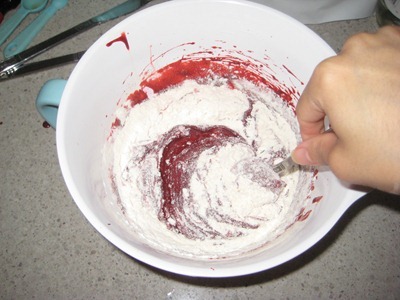 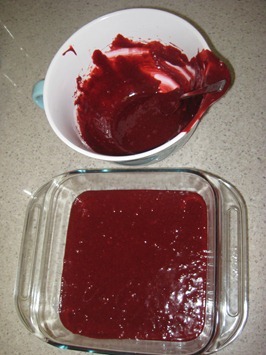 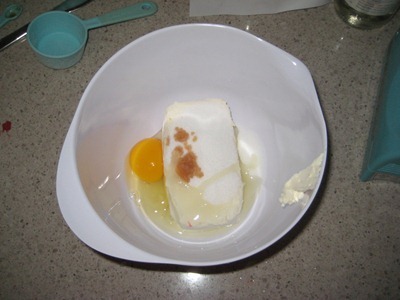 12. Blend until smooth and creamy. 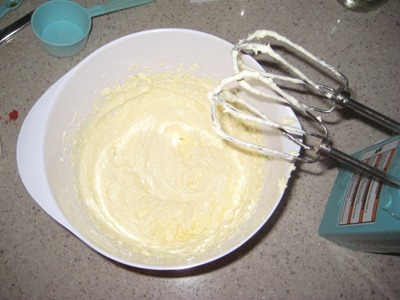 13. Add the cream cheese layer over the brownie mixture. 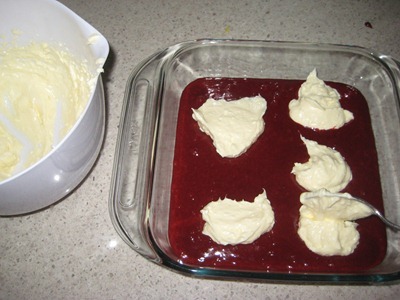 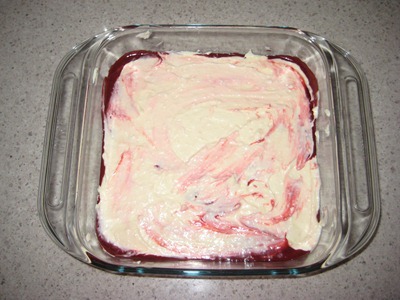 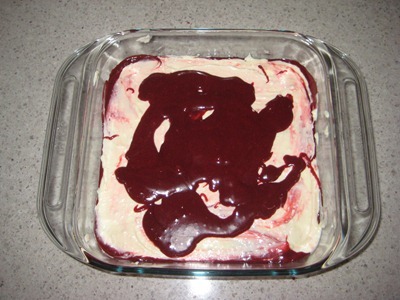 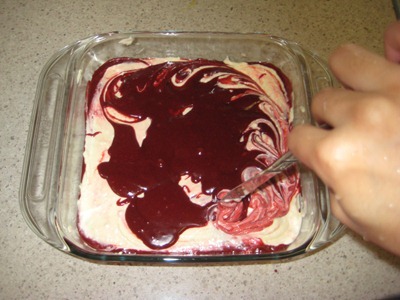 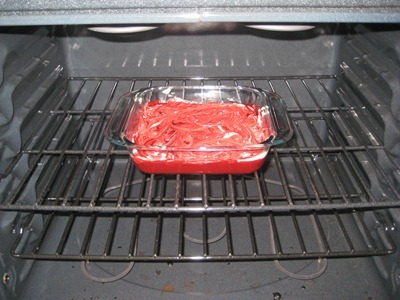 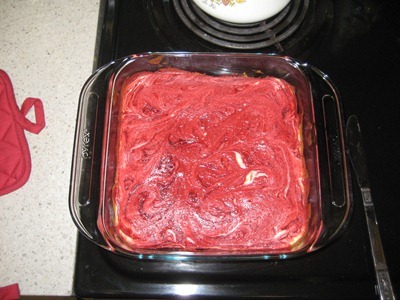 19. Cut into 16 squares.  Refrigerate before serving – it tastes much better if you do. 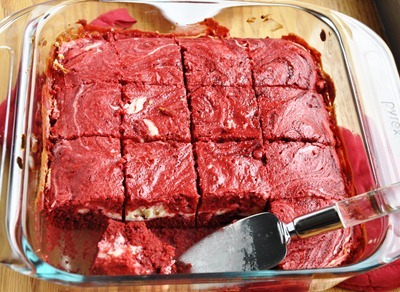 OVERALL RATING: 4 / 5
My sister LOVED these brownies and rated them 5/5.  She loved the texture and felt it had just the right amount of sweetness.  I, on the other hand, thought the brownies were more cakelike and not fudgy enough, in addition, I felt these brownies required more sugar, perhaps another 1/4 cup in the batter.  There was just the right amount of cocoa powder so they definitely tasted like Red Velvet, however I’ll have to check out other versions of Red Velvet Brownies, I’m just not convinced this is it.  Or possibly even come up with my own version, and hopefully reduced fat.

TELL ME: Have you tried Red Velvet Brownies?  What’s your favorite recipe?