While in California, one of the places I visited with my husband, sister, brother-in-law, niece, and nephew was Santana Row in San Jose, California. 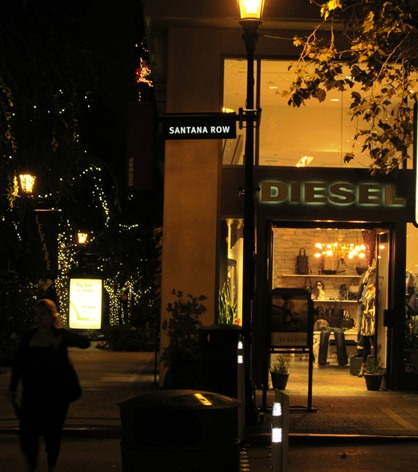 Santana Row is an upscale shopping area and to name a few of their designer stores are Salvatore Ferragamo, BCBG Max Azria, and Burberry.  There are also familiar stores, such as, H&M, Urban Outfitters, and Ann Taylor LOFT.  I had a lot of fun window shopping. 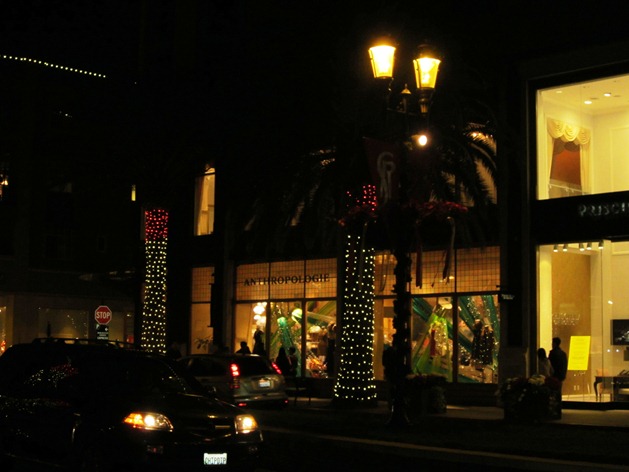 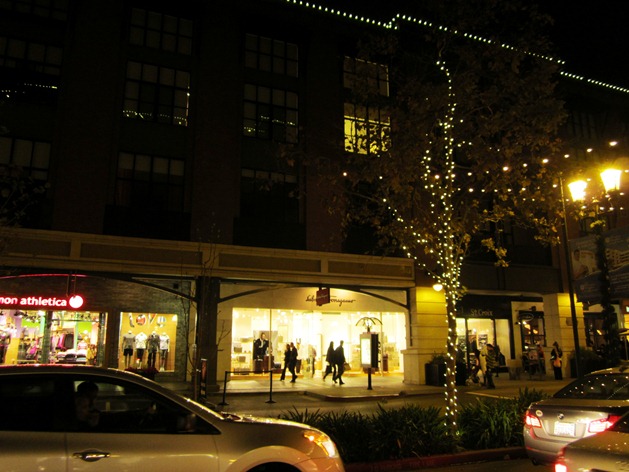 I certainly missed out on all the great restaurants since I ate beforehand and didn’t quite know what to expect. 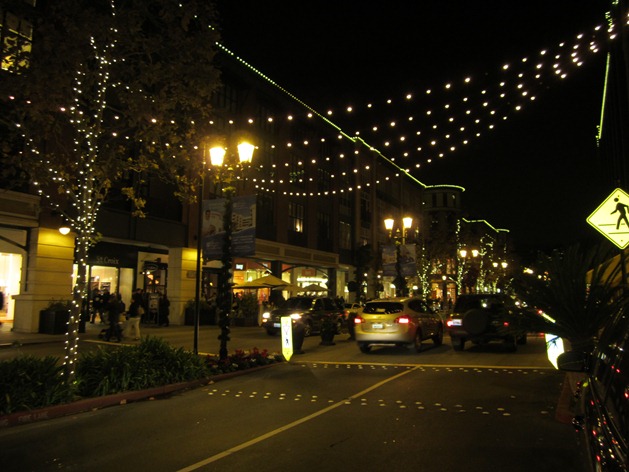 We visited Santana Row the day after Thanksgiving so all the Christmas lights were up.  It was so festive and a great family outing for just strolling and breathing the fresh and crisp California air. 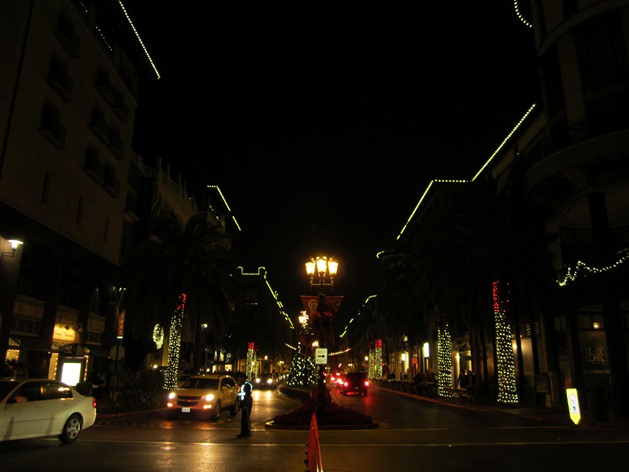 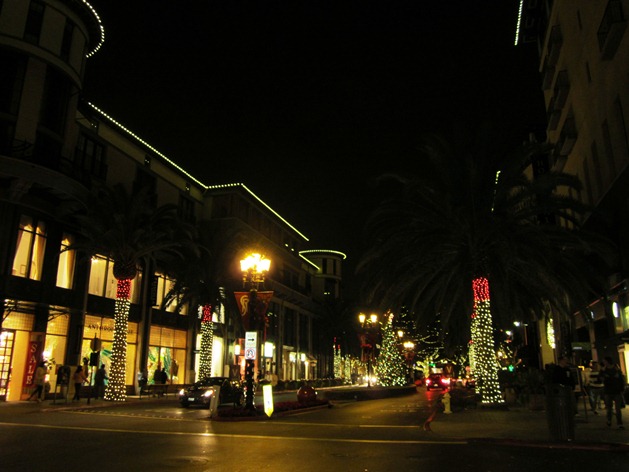 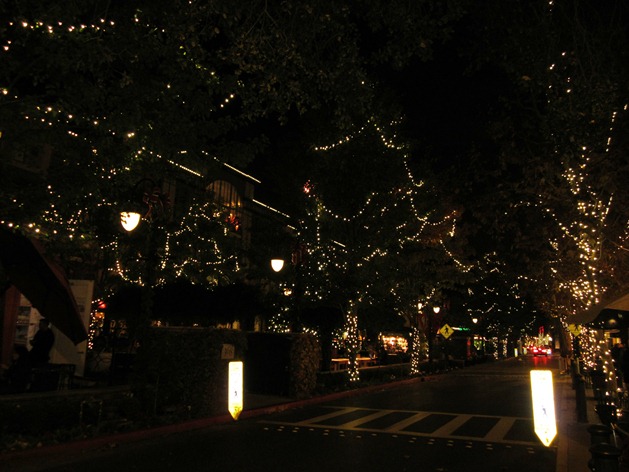 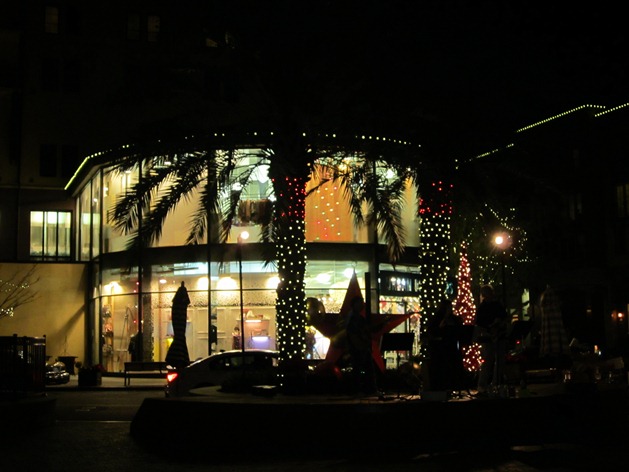 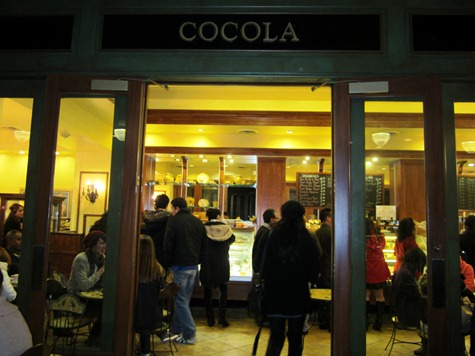 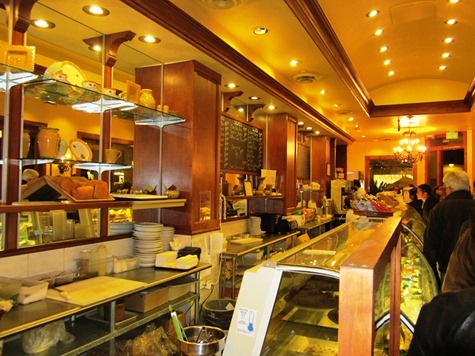 Since we weren’t super hungry, we settled for dessert at Cocola Bakery, a charming French bakery that offers sweets, salads, and sandwiches.  Just look at the plethora of desserts. 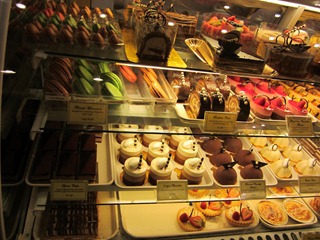 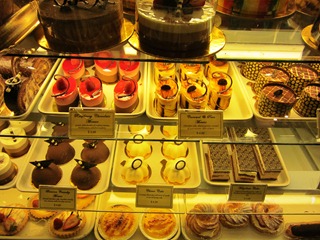 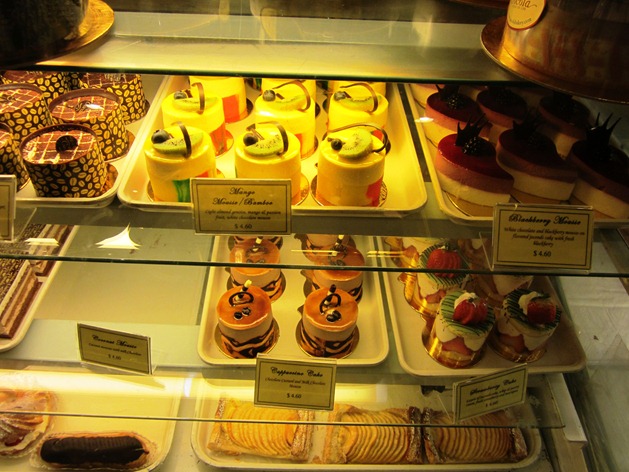 
My sister, brother-in-law, and I went for a cup of English Breakfast (forgot the picture).  My husband skipped.

For desserts we ordered a Crème Brulee (on the right) which I found to be very average, however my sister and brother-in-law really enjoyed it.  We also ordered a Crème Feuillete (on the left), a puff pastry filled with vanilla crème.  This was delicious!  OMG, I think I ate majority of the dessert. 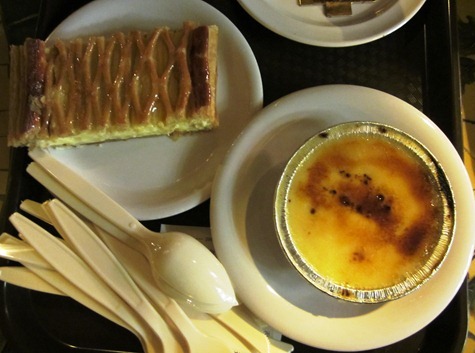 My nephew, Nikhil, loves chocolate and requested the Dome (on the left) which was Banana Crunchy Mousse.  Very yummy, I especially love the banana & chocolate combination.  Next up is the Le Sultan (on the right) (Hazelnut Cake) which was layers of coffee and hazelnut mousse.  This was definitely above average, but I can’t say I loved it. 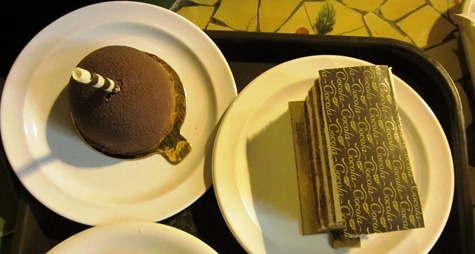 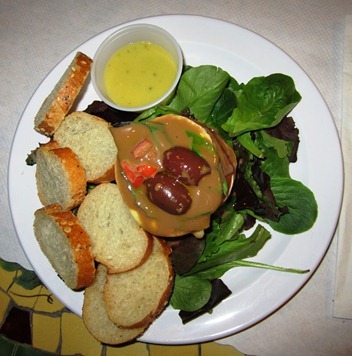 VERDICT for COCOLA BAKERY: 3.5 / 5
Overall I liked the Cocola Bakery, but it wasn’t amazing or anything.  The desserts are sort of hit or miss, you’ll either encounter an awesome dessert or something above average.  Definitely a good bakery for people watching and a relaxing hangout in Santana Row.  The cost of desserts here are almost $5 a piece which is expected given the location.

OVERALL:
Honestly, I had never heard of Santana Row until my sister mentioned it to me, so I didn't even know what to expect.  I was very pleasantly surprised since I'm a huge fan of eating and shopping, you really can't go wrong with the vibe here.  It's a great place to hangout and people watch since most "women" are very well-dressed.  And the best part is, it is located within San Jose so it's fairly close to the residents.  Santana Row is a great family hangout and I would totally go back there for a real meal next time, just sayin'.  🙂


TELL ME: Have you been to Santana Row?  IF so, where did you dine and shop?