Saturday I attended my niece, Naia’s, 1st Birthday Party at Devi in Manhattan’s Union Square neighborhood.  It was an intimate lunch gathering with close family and what better place to have the party at then Devi which literally means goddess, for our Naia is a precious little Devi.  The good thing about attending a private gathering is being able to try various dishes which otherwise may not be served on a regular menu.  In this case, there were a few items that only existed on the Private Dining Menu.


Some of Devi’s clients include… JPMorgan, Citigroup, and Morgan Stanley.  I believe that alone speaks volumes of how good this restaurant really is.  You have to try it to believe it.

TELL ME: What is your favorite Indian Restaurant in Manhattan?

AMBIENCE
The decor at Devi is elegant and romantic.

There are colorful lanterns hanging from a red ceiling and shimmery gold drapes which hang against the walls.

There is a bar area to your right and stairs leading upstairs.

Here is the seating area.


RECOMMENDED HEALTHY EATS… choices below are based on my knowledge of food and nutrition.  In general, when dining at Indian restaurants it is extremely hard to eat healthy.  Most dishes have a lot of oil and are cooked in a cream sauce.  Many other dishes are fried.  If you are watching your weight and calories, I suggest going for Grilled Tandoori Chicken/Lamb/Shrimp, Grilled Scallops, and Kababs.  Naans, Dals, Raitas, and Plain Rice are usually a safe bet. There is no online nutritional information available for Devi, please use your own discretion when making a decision.

Now although I wasn’t able to take pictures of the appetizers since they were being served, I assure you the ones I tried were nothing short of spectacular.  These included the Bombay Bhel Puri which were rice puffs filled with potatoes, onions, and chutneys – they were so light and flaky it literally melted in my mouth, and the Paneer Ke Sule which is an Indian cheese cooked to perfection and melted in my mouth.  Since I am not a goat cheese lover, I skipped the Goat Cheese Spinach Samosas which may have been a mistake because EVERYONE said it was amazing.  The other appetizer I skipped were the Tandoor-Grilled Lamb Chops because I don’t eat lamb.

COCKTAILS
The drinks at Devi were really really good.  What’s interesting is the waiters remembered exactly which drink I had ordered and offered to bring me the same drink.  But you know me, I need to try everything… so I had fun and enjoyed 3 delicious cocktails.  I honestly think they were a little weak (still delicious) because my tolerance is 2 drinks, sometimes even 1.
The Bloody Mary was really good and spicy.  I wasn’t able to capture a photo of it – DARN!
The Pomitini which was a Pomegranate Martini made with Cointreau and lime was absolutely delicious.  It was salty and sweet at the same time, loved it.
The last drink I indulged in was some kind of Mango flavored drink with Champagne, it was good, but not amazing.  I’m not a big fan of champagne, but the drink sure looks pretty.  🙂
ENTREES
The entrees were served to us family style.  Usually when attending Indian functions, buffets are more common due to the number of dishes involved, so having a family style lunch was nice, or shall I say more intimate?
We each started off with Naan which is an Indian flatbread.  We were served an assortment of naan… some plain naan, some garlic naan, and some had spinach and goat cheese which I surprisingly didn’t mind.  The bread was super soft and warm, quite honestly, I don’t think I’ve eaten better naan in my life.
Of course, rice had to be on the menu.  This is Jeera Rice or rice flavored with cumin seeds.  Tasted good, but nothing out of the ordinary.
The best entree was the Zimikand Ke Kofte which were almost like an Indian Vegetarian Meatless-ball cooked in an aromatic onion-tomato gravy.  I’m not sure what was in it, but it tasted like no other kofta I had eaten before.  This dish was absolutely amazing.
Another really popular dish on the menu was Butter Chicken Tikka Masala.  This was basically boneless pieces of chicken cooked in a tomato-cream gravy.  This dish was very flavorful, NOT spicy, and always a safe bet at any Indian restaurant.
Another favorite item of mine was the, Manchurian Cauliflower, which is popular at most Indo-Chinese restaurants, but not Indian restaurants.  I was pleasantly surprised eating Manchurian Cauliflower at Devi… this dish was slightly sweet, and I would never have thought to serve this dish with naan and rice – very good idea.
I would not in a million years consider myself to be a lentils kinda gal, I’m speaking of Dal here, I simply don’t care for it, but the Tarka Dal (yellow lentils) was quite nice.  My cousin, Ajay, who hates dal stuck to his guns and didn’t bother trying it – I specifically asked him.  🙂  Yeah, I’m not sure why we both don’t like it considering Dal is a staple food amongst Indians.
Seriously, who wants or needs dal, when you can have Saag Paneer or Indian Cheese cooked in Spinach?  Paneer is India’s gift to the world!  Just look at this dish – green with envy, creamy, fattening, and trust me, oh so delicious.  Again, probably the BEST Saag Paneer I have ever had in my life.  The paneer was so soft and the spinach was well flavored.
Here is my lunch plate, I had a litle bit of everything.  When it comes to Indian food, start small, try everything first before loading up your plate.  The dishes are quite heavy when dining at an Indian restaurant.  And always remember to save room for dessert at an Indian party!
DESSERTS
When I first saw this dessert I ignored it, yeah, I won’t lie, I ignored it, it looked like a cookie with some cream and brown sugar on top.  Thanks to my brother for telling me this dessert was amazing.  For real?  I gave it a try and man, it was again the best Indian dessert I had in my life.  What was going on?  So many excellent items in one day!  This amazingly delicious dessert is called Emperor’s Morsel “Shahi Tukra” which literally means the Royal Piece and boy was it royal.  The Shahi Tukra was a crispy saffron bread pudding topped with cardamom cream and candied almonds – salivating yet?  I KNOW, me too!  🙂  Unfortunately, this dessert isn’t on the Devi Menu, but only on the Private Catering Menu, but try requesting this the next time you dine at Devi.  Absolutely sensational!
Next up, Mango Cheesecake.  This was really good, but I guess after eating not one, but two Shahi Tukra’s, I wasn’t really feeling the cheesecake.  I know, I can’t help myself sometimes.
And how could any Indian party be complete without tea or coffee?  I opted for Masala Chai which was steaming hot, not too thick, not too diluted, and perfectly flavored with cardamom.  Even the tea was amazing!  In general, cardamom is a very important spice when it comes to Indian desserts and tea, and puts a great end to any Indian meal.

VERDICT – 5 / 5
Since I am of Indian origin, I know good quality Indian food when I eat it.  So I say this with total confidence that Devi is by far one of the best Indian restaurants that I’ve been to.  The food, the drinks, the service, the decor, were all impeccable.  The choice of spices used in some dishes was unique, I wasn’t able to figure some of them out.  Definitely check out Devi if you are in Union Square area… there is lot of shopping in and around 5th avenue, in addition to strolling thru Union Square Park.

Other Indian restaurants I have yet to try are Dhaba, Tamarind, and Bhukara Grill – these restaurants may give Devi some serious competition, I won’t know until I try!

The after party occurred at A & N’s home where we enjoyed freshly brewed coffee and the kids enjoyed fresh Hot Chocolate that my cousin made.  Seriously, they need more Indian guys who can host a party.  🙂
I had to share this final picture of Naia and her momma – how cute is this?  Thanks Naia for a great party!  I think this may just have been the party of the year!  🙂  Love you!!!

TELL ME: What is your favorite Indian restaurant in Manhattan? 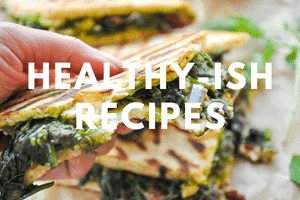 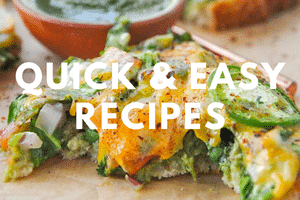 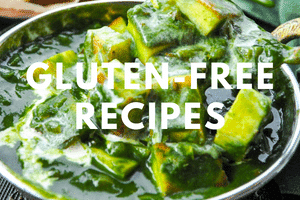