This past week I met up with a couple friends for dinner at a vegan soul food restaurant called Red Bamboo where everything is VEGAN! 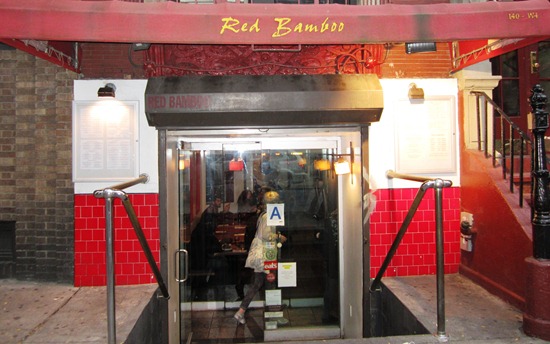 
AMBIENCE:
Red Bamboo is a cute little restaurant with tables aligned close to one another.  During the evening hours, the lights dim, the candles are lit which make the restaurant slightly more romantic. 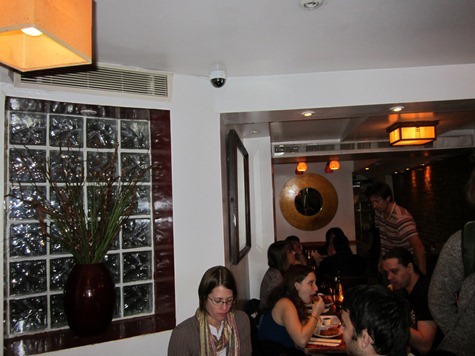 MY REVIEW:
Between the 3 of us, we shared 2 appetizers.  We started with the Barbecue Buffalo Wings which are made with soy.  There was a hint of the tangy buffalo sauce and some barbecue sauce.  This was good, however being a chicken eater, I can’t say it was amazing. 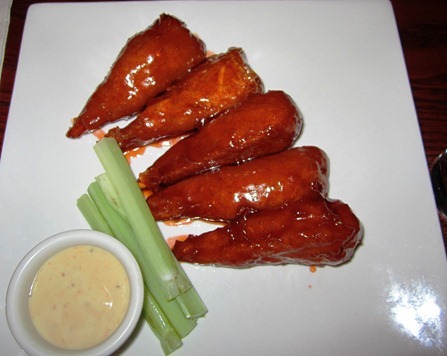 We also enjoyed an order of the Asian Dumplings made with shredded soy, carrots, cabbage, and served with a soy-ginger dressing.  The dressing was really yummy, however I didn’t really enjoy the soy in the Asian Dumplings, it would have tasted much better without it. 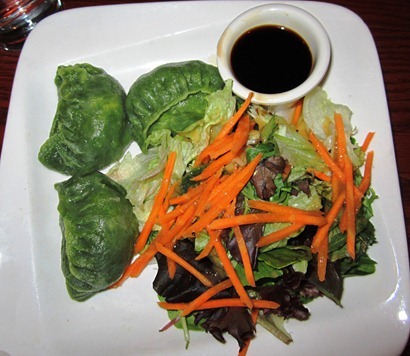 We also split our entrees.  The portions here are really large so I recommend 2 entrees at most between 3 people, that is if you are doing appetizers.  We started with the Red Curry Tofu cooked in a coconut sauce with a medley of vegetables.  This dish was wonderfully aromatic, however the eggplant wasn’t cooked all the way.  We also ordered a side of the Garlic Fried Rice which was really good, however it could have been more garlicky. 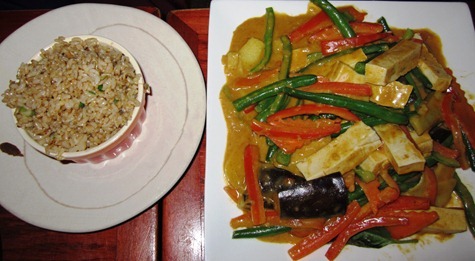 Creole Soul Chicken is one of the specialties at Red Bamboo.  This breaded soy chicken was really tasty… it tasted like a Morningstar burger to me, which by the way is a good thing.  The mashed potatoes were quite awful though, and I fail to understand why they didn’t just serve regular mashed potatoes. 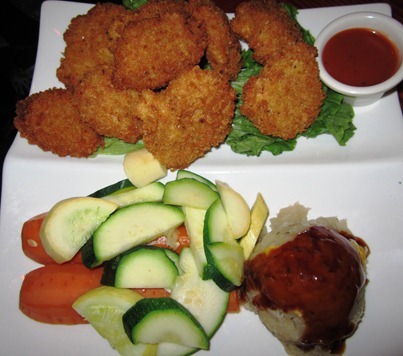 Lastly, I pushed to order the Southern Fried Chicken which was a terrible mistake.  First off, it just looked gross.  It lacked any type of flavor one would expect of southern fried chicken.  In addition, the collard greens were extremely bitter, so not edible.  On the contrary, the sweet potato fries were good. 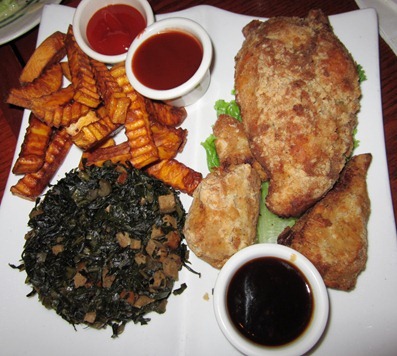 VERDICT: 3 / 5
Red Bamboo was just okay for me.  I suppose because I eat meat, to me the food here wasn’t so credible.  I especially love Buffalo Wings, and although Red Bamboo's soy version tasted good, it didn't quite compare to the real thing.  Having said that, I can see how someone who is vegetarian/vegan would dig this place.  For me the best dishes were the Red Curry Tofu and the Creole Soul Chicken.  The menu here definitely looks appealing, and I would consider dining here one more time to see if it lives up to all the hype.  The portions here are HUGE and the cost of an entree is pretty reasonable, roughly about $12 an entree.

TELL ME: Have you been to Red Bamboo, if so, what did you think?