On another outing, my husband and I headed to Palo Alto’s University Avenue one late afternoon.  Palo Alto is home to the prestigious Stanford University.  On that particular day there was a game between Stanford and NotreDame, and perhaps why University Avenue didn’t have much action going on. 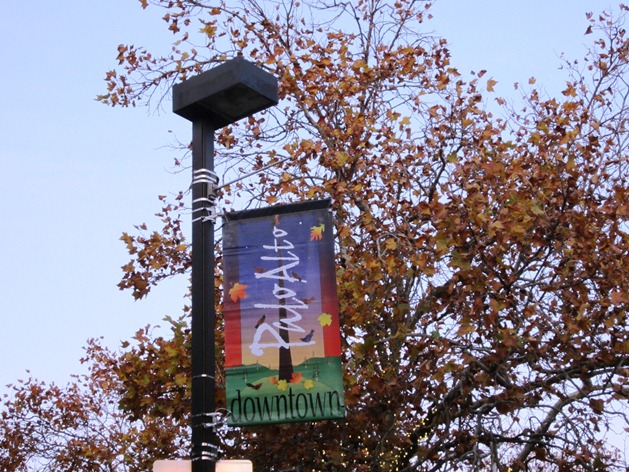 It seemed as though most people were either on vacation or at the Stanford game because there were barely any people walking around.  On a positive note though, I loved all the trees and the fall colors. 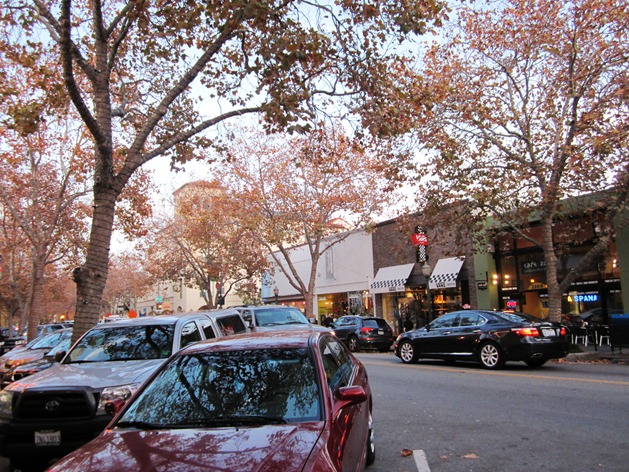 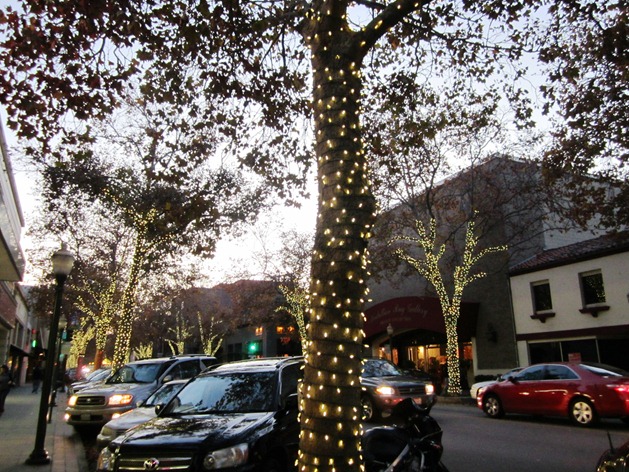 Our stroll got even prettier as twilight set in, but notice the empty sidewalks. 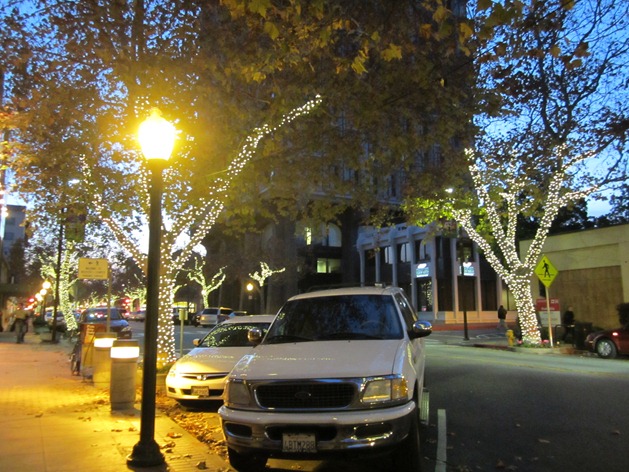 Unfortunately neither one of us were hungry enough to eat after a super heavy meal at the San Jose Gurdwara earlier in the day, so instead we both settled for lattes at Peet’s Coffee & Tea which is the Starbucks of the west coast.  I tried the Godiva Caramel Pecan Mocha and didn’t like it at all. 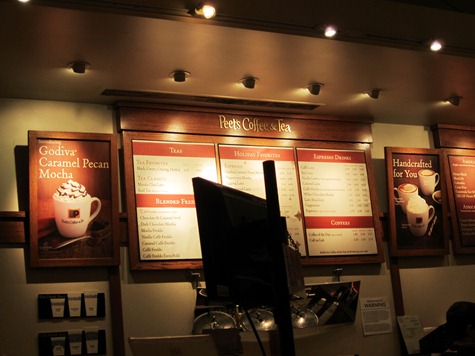 And then we spotted the Apple store in Palo Alto, my husband decided to bore the hell out of me while we wasted about 1/2 an hour looking at Macbooks. I think he even bored the sales guy with his questions, and if you can’t already tell, I’m still not sold on Apple. In the meantime though, I checked my Facebook and mail to keep busy.

Before we headed home I picked up some Mediterranean food from Café 220 which was so below average and disappointing. 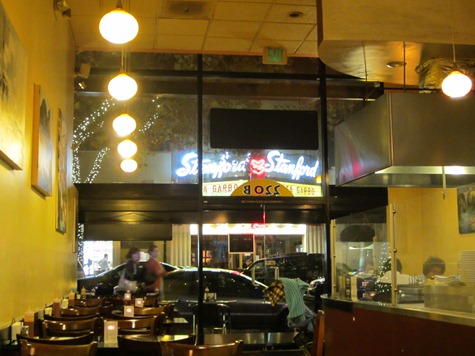 
For appetizer, we started off with Baba Ghanouj which came with a side of pita bread.  The Baba Ghanouj was decent, however it tasted way too eggplanty and chunky, without enough creaminess. 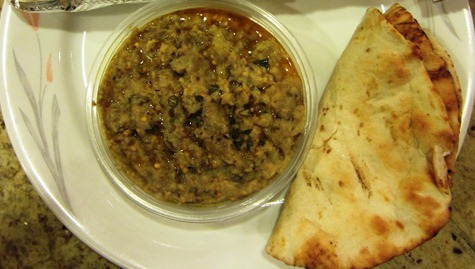 The Falafel Wrap was kinda surprising… I was hoping for a falafel sandwich, you know the kind where falafel is stuffed in a pita.  In addition, there was some awful mayo-type orange sauce added which totally took away from the flavor of the falafel.  Horribly made!

In addition, I also ordered a Chicken Shish-Kabab Wrap (forgot to take a picture).  The chicken itself was okay, but again the same orange-sauce was added to the chicken wrap which totally dominated the wrap.  Awful!


VERDICT for CAFÉ 220:  1 / 5
I know I may come across as harsh, but after eating some amazing Mediterranean food in New York City, perhaps my taste buds have altered and I strongly disliked the food at Café 220.  The food here lacks authenticity and flavor.  Sorry guys! 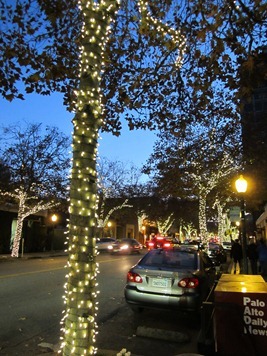 Although a scenic town, Palo Alto seemed kinda boring to me and I didn’t quite see the hype. I mean, I couldn’t even people watch. Obviously, this may have been due to the lack of people in the area that we didn’t quite experience Palo Alto the way we should have.  And maybe there is purposely no distraction so all those bright Stanford students can really focus.  In addition, it would have been nice to have dined here, but unfortunately I ate another very heavy meal before getting to our destination and most restaurants were empty.

Perhaps in the future I’ll consider visiting this college town when there isn’t a Stanford football game scheduled.  Furthermore, my trip was mainly about spending time with family so I didn’t do any prior research and was just sorta winging it – doesn’t quite work with me and food, I suppose.

TELL ME: Have you been to Palo Alto?  If so, where did you dine and shop?  What else did you do?