On a sunny and gloomy June 14, my husband treated me for my birthday dinner at a new restaurant which remained a surprise. 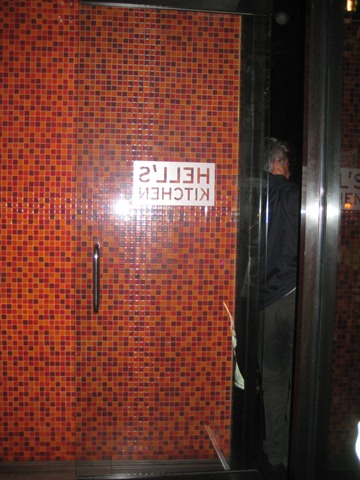 I was asked to be at Columbus Circle by 6 PM, but I got there earlier so I could window shop. 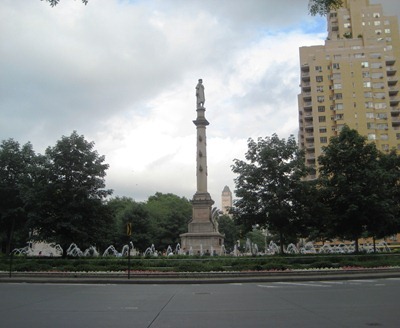 I really love the mall at Columbus Circle, they have a Whole Foods in the basement and a Borders bookstore and a bunch of nice stores. 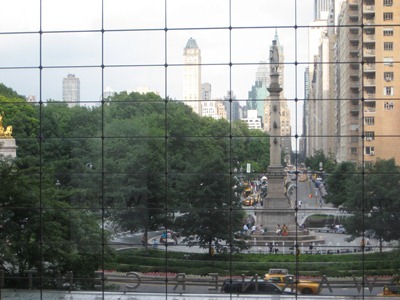 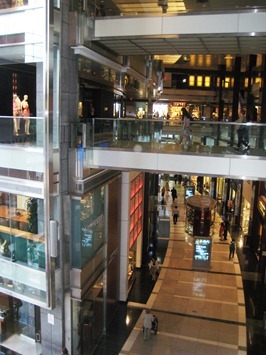 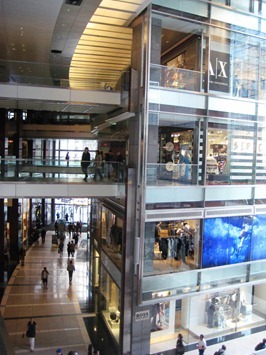 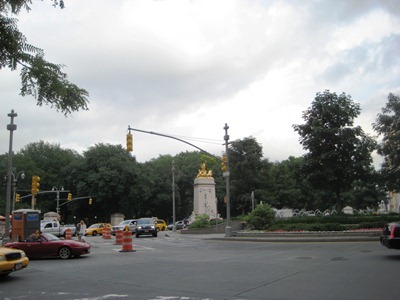 And eventually he opened the door for me to Hell’s Kitchen!  So not only did he do some research and select a place with my favorite cuisine (Mexican), he also made reservations!

Thoughtful?  I think so! 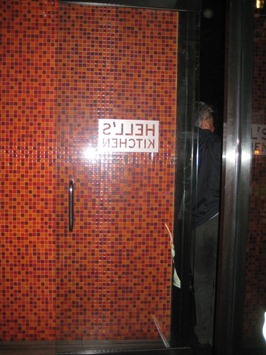 AMBIENCE
Although the restaurant is pretty small, I did like the romantic atmosphere at Hell’s Kitchen. 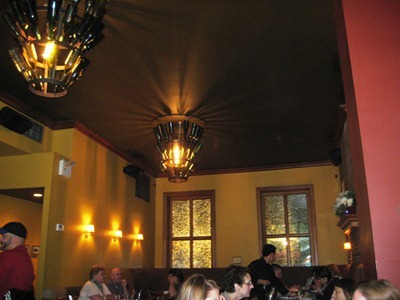 There were candle-lit votives and golden lighting all around which gave the room a golden bronzy glow. 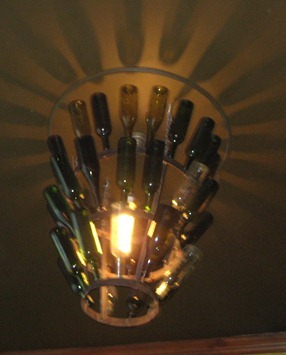 There were a bunch of people hanging at the bar. 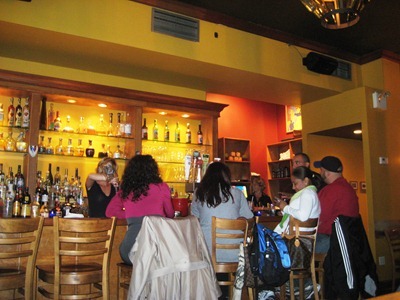 RECOMMENDED TO
Bar Scene, Casual Dining, Couples, Groups, Romantic Dining.
CUISINE
Mexican, Fusion.
MENU – $$$
Hell’s Kitchen Menu.  Appetizers at Hell’s Kitchen range from $9 – $12, whereas Entrees start at $18 and up.  Desserts are at a reasonable price of $7 and Drinks start at $10 and up.
MY REVIEW
Since I was the birthday girl I started off with a Guava Margarita on the rocks with salt.  This drink was slightly tangy and had that smooth margarita flavor I was craving.  Extremely well made, so much so I was hit after just 1/2 my drink.  I have such low tolerance. 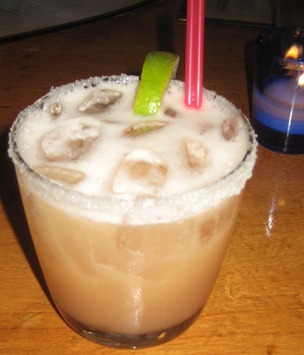 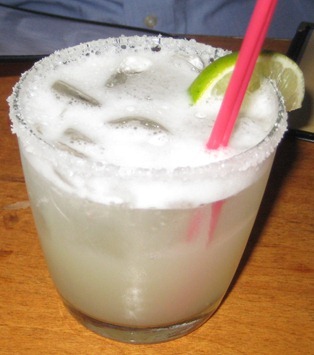 Lime Margarita on the rocks ~ $11
As complimentary starters we were served Corn Bread with a Black Bean Dip topped with sour cream and scallions.  The corn bread was slightly sweet, whereas the dip was smoky and spicy and really had that authentic Mexican flavor that I love. 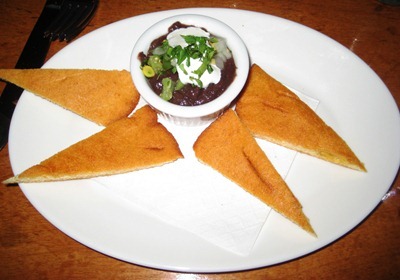 Corn Bread with Black Bean Dip ~ Complimentary Starter
Although my dish is not listed on the online menu, I went for the Grilled Salmon with a side of Arugula, Plantain Chips, and Mango/Papaya Salsa.  Okay, so the salmon was awesome – very smoky and slightly spicy, it was awesome.  The plantain chips and salsa were a letdown for me, I was totally expecting tostones/maduros (salty or sweet plantains).  In addition, there was no sauce on the side for my plantain chips.  And lastly, the mango/papaya salsa was something I was totally NOT expecting… I’m not really into fruity dinners. 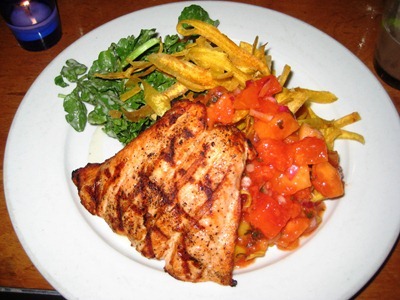 Grilled Salmon with Arugula and Salsa ~ $20
On the other hand my husband’s dish was spectacular.  He went for the Roasted Chicken and Monterey Jack Quesadilla with Poblano Crema.  The quesadillas were outstanding with smoky shredded chicken that was spicy too.  He was nice enough to share some with me.  Again, a side of black beans or rice would have been a nice touch, or some guacamole, something more than just pico de gallo. 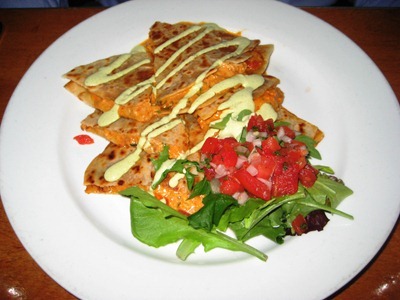 Well, I am super thrilled that I finally made it to Hell’s Kitchen, thanks to my husband, but I was a little disappointed with the meal, menu, and overall value.  Paying $20 for a meal isn’t the issue, the issue here is you aren’t quite getting $20 worth of food?  It would have been a nice touch if there were some black beans and rice on the side.

Furthermore, the menu was super short.  Most of the dishes here cater to seafood eaters, and although I eat salmon and shrimp, there wasn’t too much variety on the vegetarian and chicken front.  Although this place claims to be Mexican, I think they need to work on coming up with more authentic Mexican dishes which will have people coming back for more.  I don’t think this place is Mexican, I think it is more along the lines of Mexican Fusion.
Overall this place is quite small, the menu doesn’t cater to all types of eaters, the music is barely audible if at all, and they are extremely stingy with their entrees.  On the bright side, the drinks rock!
At the end of the day, I had a great night and did enjoy my drink and salmon, and a special thank you to my hubbs, Mr. VS, for planning a great night out!  Well DONE!  The “positive reinforcement” will certainly help him in planning next year’s rendezvous at oh, I don’t know, another Mexican/Latin joint. Thoughtfulness and excellent food makes me really happy!

TELL ME: Have you been to Hell’s Kitchen, if so, what are your thoughts?

First off, I wanna thank most of you for your supp