1. Carrot Cupcake @ Billy’s Bakery
At Billy’s one evening, I called my husband asking him if he wanted dessert, and he adamantly refused.  I stated several times, “I WILL NOT SHARE MY CUPCAKE, are you SURE you don’t want anything?”  Again, he refused.  When I got home, I ate half my cupcake and saved the rest for the next day.  Unfortunately, my husband has a sweet tooth that he loves to deny and ate the other half of my cupcake without asking.  Relax, I forgave him, but it really wasn’t his fault either.  You see, the Carrot Cupcake at Billy’s is just so incredibly delicious packed with carrots, a few raisins, and a ton of moisture.  The perfectly sweetened whipped cream cheese frosting on top seals the deal on what I think should be their #1 best seller!  ~ $3 @ Billy’s Bakery, Chelsea – New York City 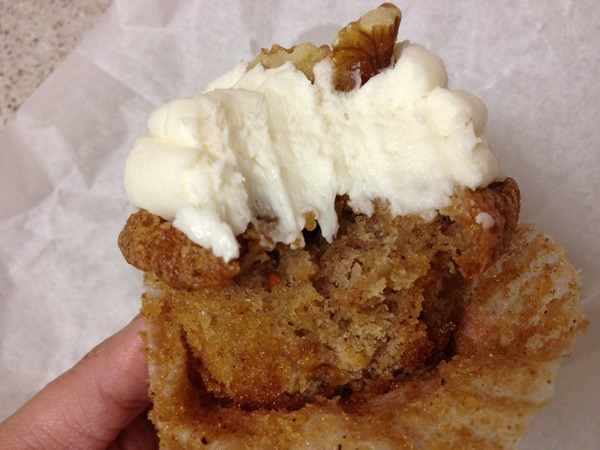 2. Edamame Dumplings @ Buddakan
This past week my friend, Jhiane, and I met up for dinner at Buddakan, an upscale, trendy restaurant in Manhattan’s Meatpacking district.  We tried their signature appetizer, the Edamame Dumplings.  Not knowing what to expect I took my first bite and I was in heaven!  It appeared the edamame was mashed with a good amount of butter that they almost tasted like mashed potatoes.  Can you imagine creamy mashed potatoes inside a dumpling?  I’m still dreaming about them a week later.  Well, that’s the thing about butter, it makes everything a zillion times better.  ~ $12 @ Buddakan, Meatpacking District – New York City 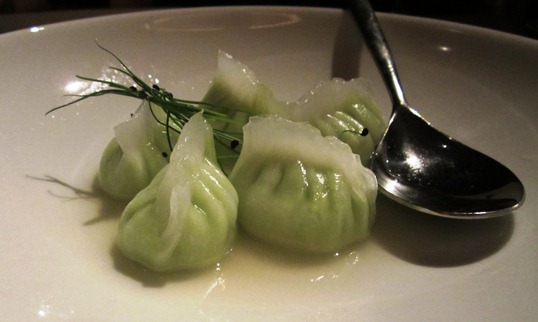 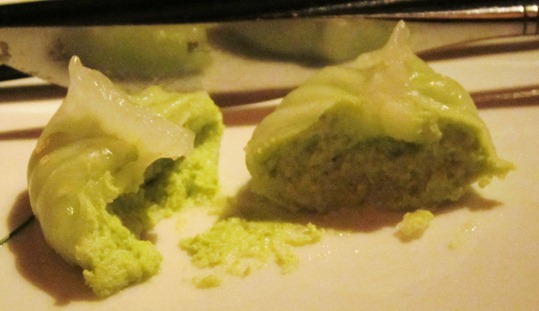 3. Tiered Circle Skirt @ Forever 21 (purchased in white, also available in navy)
I always feel like I’m too old to be shopping at Forever 21 especially when I see those rowdy NYC teenagers in the store.  Forever 21 has now become one of those hit or miss stores for me so I “guess” I’m growing up.  🙁  Recently I found this adorable white skirt, and I thought it would come in handy for my beach vacation coming up in just 2 weeks.  Perhaps I am too hold to be shopping at Forever 21, but it’s a store that’s so dear to me because it opened up while I was still in my early 20s.  But whatever, if it still fits, why not?  Age is just a number!  ~ $16 @ Forever 21

DISLIKE OF THE WEEK
The dreary rainy weather in New York City.  Other than that, no other complaints!

TELL ME: Share some of your favorites and DISLIKES of this past week!

A haircut after 8 months and a pumpkin cold brew.