This week has been exhausting at work, but the good thing is my project has FINALLY come to an end after so many delays.  It feels good to embark on the next new project at work… can’t wait.  What else?  I’m sure we are all looking forward to the SUPER BOWL, at least for Beyonce.  My prediction is the San Francisco 49ers will win because they were my late brother-in-law’s favorite team.  I know he’s up there rooting for them.  Let’s watch and see if my prediction comes true, work your magic A!  🙂
Here are Friday’s Favorites…

1. Mixed Berry Mojito @ Kittichai
My partner in crime, Jhiane, met up with me at Kittichai this past week.  An eclectic Thai restaurant with the most gorgeous décor, the food could have been a little better, but the drinks did not fail, especially this refreshing Mixed Berry Mojito that was perfectly sweet and minty.  I felt as though I was drinking juice.  Those are the most dangerous types of cocktails, the ones that taste like juice and then 20 minutes later you’re tipsy.  Oops!  ~ $15 @ Kittichai, New York City (Soho) 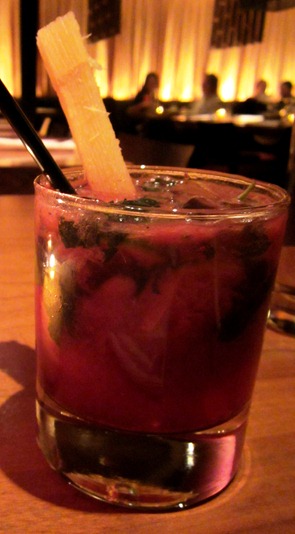 2. Peanut Butter & Jelly Cupcake @ The Magnolia Bakery
Talk about vices!  Since I just happened to be in the area, I picked up 2 peanut butter & jelly cupcakes for my husband and I to share.  And then I walked home 30 blocks as I negotiated with myself that it’ll all even out at the end.  The PB&J cupcake is my most favorite cupcake at Magnolia with luscious creamy peanut butter frosting on top and jelly oozing out in every bite.  Despite me loving this cupcake so much, I have to say Magnolia’s cupcakes are way too sweet, they really need to take them down a notch.  ~ $3.50 @ The Magnolia Bakery, New York City (Rockefeller Center) 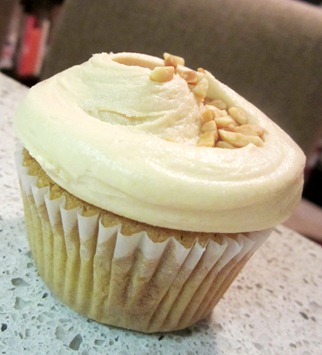 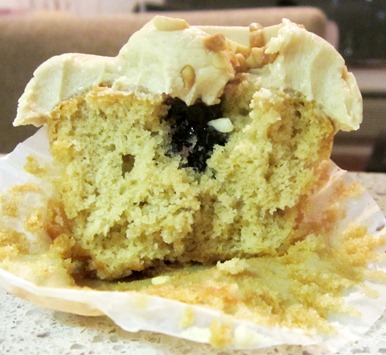 3. SUPER BOWL IDEAS!
If you are hosting/going to a Super Bowl party this weekend, here are some great party ideas that are sure to please any palette from Honey, What’s Cooking.  Enjoy!  (click on the image below to link up)

TELL ME: What are some of your vices?  Are you hosting/going to a Super Bowl party?  What are you making?


Recipes You Will Love:

Little “honey bee” got a new hive, and Honey w