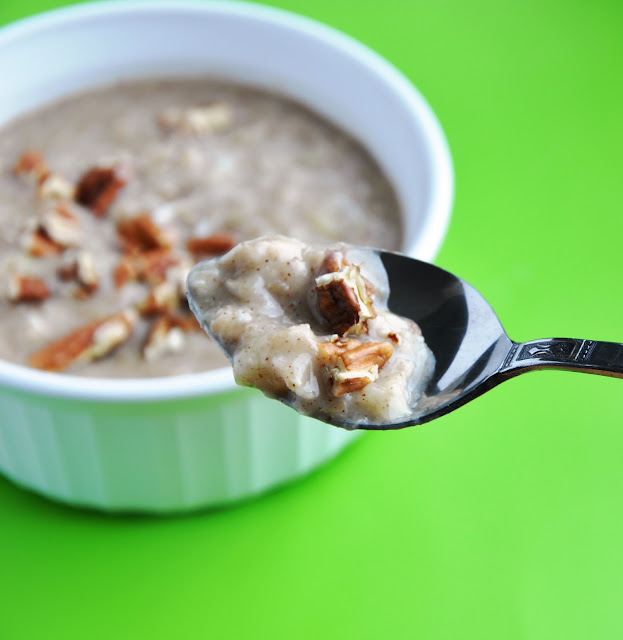 After a few months I finally met up with my friend, Jenna, for lunch.  We ended up going to Teppan, an awesome Japanese restaurant in Jersey City where we enjoyed Hibachi Lunch Specials. 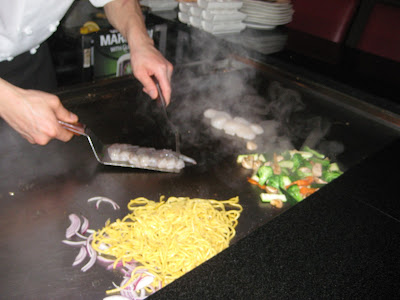 I enjoyed Shrimp Hibachi which came with a salad (not shown), fried rice, noodles, shrimp, and vegetables.  It was pretty yummy with a touch of lemon… I ate all my shrimp and veggies and saved some fried rice for later.  🙂 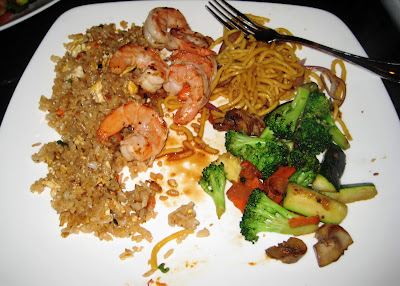 After lunch, Jenna and I took a stroll along the Hudson River and then she headed back to work.  Here is Midtown. 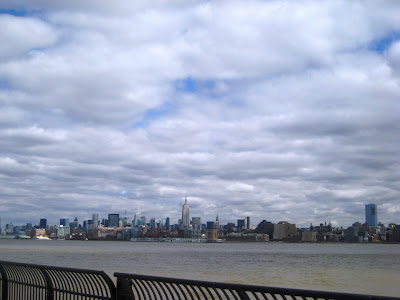 And here is Downtown.  New York City is so beautiful around spring time, but the water looks kinda gross today… ICK! 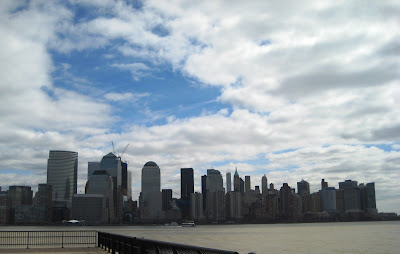 And now I leave you with Banana Coconut Oatmeal which was inspired by the Coconut Pecan Blondies I recently made.  I felt as though I was literally eating dessert… this oatmeal was delicious with some added sweetness from the banana and almond milk. 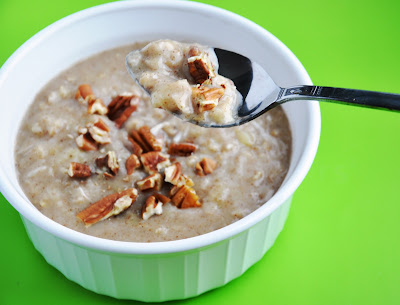 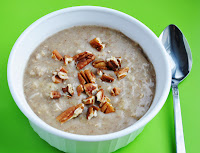 NUTRITION: Oats help reduce cholesterol and are a good source of protein and fiber.  Coconut is extremely high in fat and saturated fat and should be eaten in moderation, however it does contain a decent amount of protein and fiber.  Almond Milk is Vegan, contains no cholesterol, and is loaded with vitamins, nutrients, and antioxidants with high levels of Vitamin E.   Pecans contain natural antioxidants and are heart-healthy nuts known to lower cholesterol. 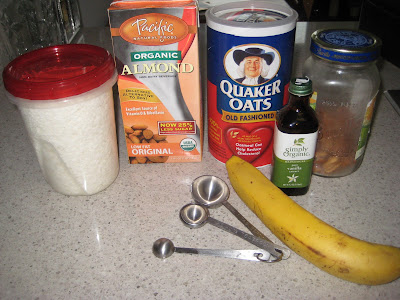 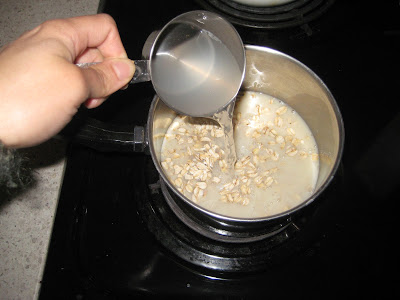 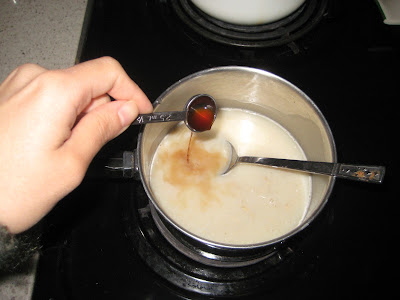 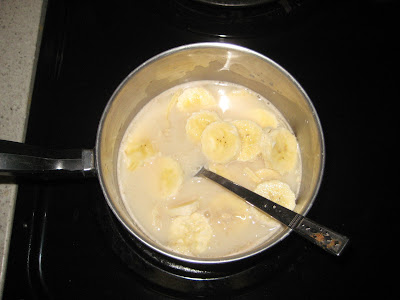 5. Stir and start smashing the bananas. 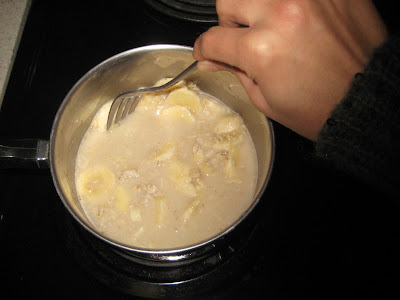 6. This will help thicken up the oatmeal and add texture. 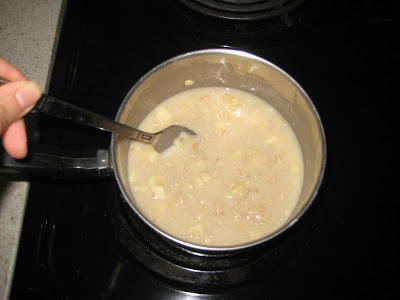 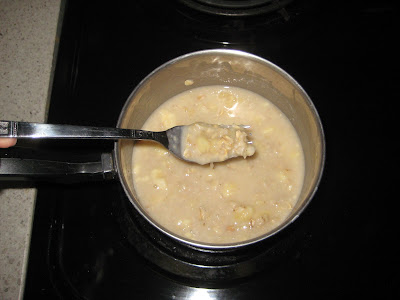 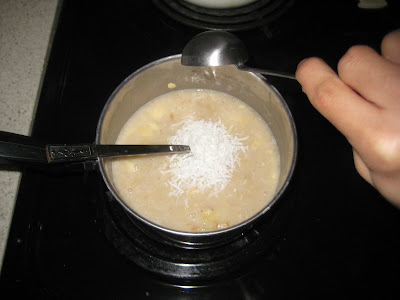 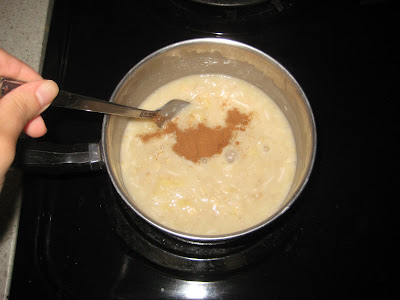 10. Keep stirring and cook until the oatmeal starts bubbling away like crazy, another couple minutes. 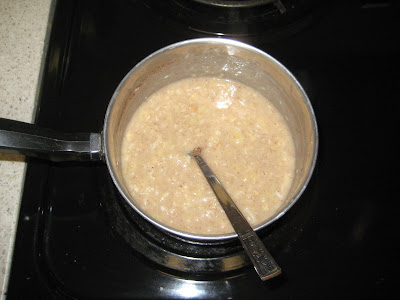 11. Pour into a pretty serving bowl. 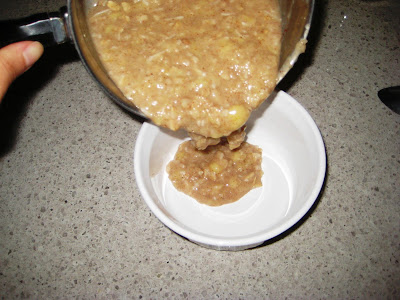 12. Top with pecans and indulge!  Seriously, doesn’t it feel as though you are eating dessert? 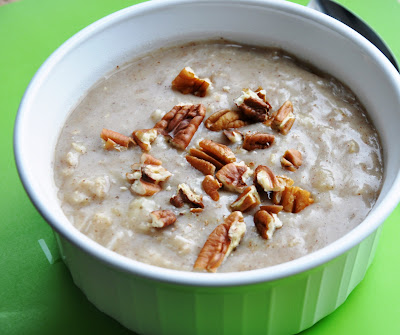 TELL ME: Do you like Hibachi?  If so, what do you typically order?